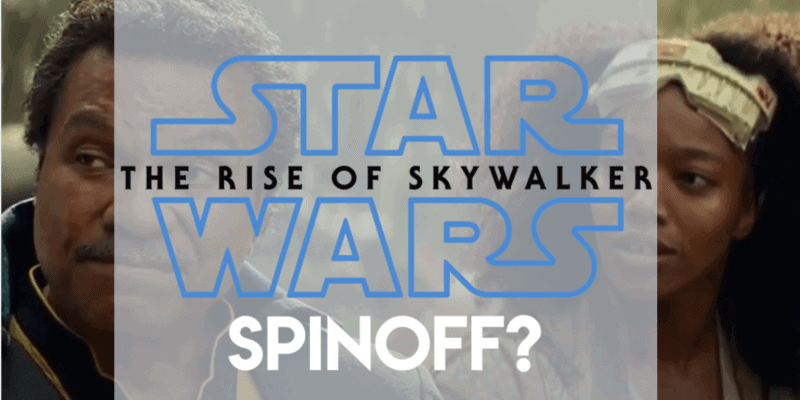 One new character, Jannah (Naomi Ackie), has a particularly intriguing life story and the actress who portrayed her thinks she deserves a spinoff of her own.

In a recent interview, Ackie said, “Jannah was a completely new character and I like the idea that the Star Wars universe is expanding…I think Jannah could get a spinoff. She has a really rich backstory that J.J. [Abrams] told me about, and a future that we still don’t know about.”

Jannah, a former Stormtrooper who was conscripted as a child, meets Finn, Poe, and Rey when they crash onto her home planet of Kef Bir while questing for the Sith wayfinder they need to find Exegol and defeat Emperor Palpatine.

Jannah and Finn (also a former Stormtrooper, designation FN-2187) bond over their experiences in the First Order and, eventually, Jannah joins the core trio in their quest to revive the Resistance and stop the Exegol fleet.

At the end of Rise of Skywalker, Jannah has a conversation with fan-favorite character, Lando Calrissian (Billy Dee Williams), during which Lando offers to help her find her family. This scene certainly opens up the possibility for a Jannah spinoff movie or Disney+ series.

One possible direction for a spinoff focusing on Jannah could be her relationship to Calrissian. Online fan speculation that she is actually the Socorro-born pilot’s daughter runs rampant. This rumor is bolstered by the Star Wars: The Rise of Skywalker – The Visual Dictionary movie companion book.

Lando’s page states, “Calrissian did not then go easily into a quiet retirement. When peace reigned, he attempted to start a family, but tragedy struck and his infant daughter vanished. It was only later that it became clear who the culprits behind the abduction were: the First Order, building their fighting forces but also specifically striking at the old Alliance leadership.” This fits Jannah’s story that she was taken by the First Order in early childhood.

Lucasfilm President Kathleen Kennedy has previously stated that the team behind Star Wars will no longer focus solely on the trilogy format, meaning more standalone films focusing on key characters, like Jannah, could happen.

Kennedy stated last year, “I think it gives us a more open-ended view of storytelling and doesn’t lock us into this three-act structure. We’re not going to have some finite number and fit it into a box. We’re really going to let the story dictate that.”

What are your thoughts on a Jannah spinoff? We would love to see this play out, especially if Billy Dee Williams reprises his beloved role as Lando!