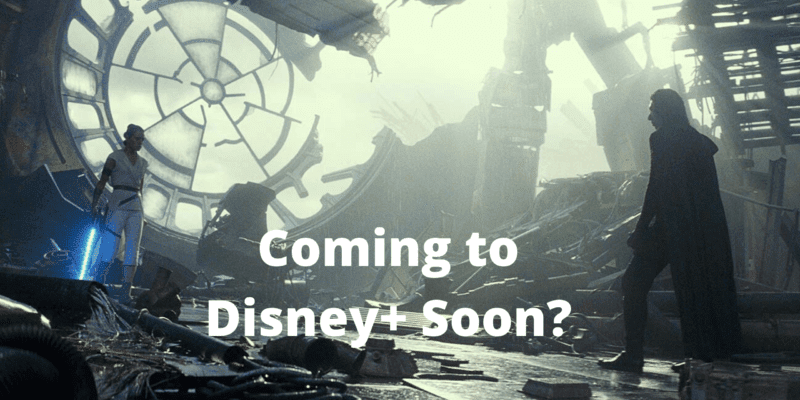 We’ve now officially had confirmation from Disney+ that Star Wars: The Rise of Skywalker will be arriving onto the platform on Star Wars Day, May 4th!

Better yet, it will be arriving worldwide, having seen confirmation for both the UK and the USA:

Now that Star Wars: The Rise of Skywalker is out on digital and physical release, the next burning question on all of our minds is when the movie will make its way onto Disney+.

Reports circulating the internet suggest that the movie could be arriving on Disney+ in time for the biggest day of the year or Star Wars fans, May the 4th.

It would make a lot of sense to release onto the platform on this date, and it’s also when Disney+ is getting both the final episode of Star Wars: The Clone Wars and the behind-the-scenes documentary that takes fans behind the scenes of the popular show The Mandalorian.

May the 4th, otherwise known as Star Wars Day, has become a huge celebration for fans around the world, and releasing on this date would be the perfect way to celebrate the end of the Skywalker Saga. That being said, I think that although this date is possible, it depends greatly on whether Disney has made enough sales through the release of the movie.

The Rise of Skywalker (like many Star Wars movies) certainly split the fanbase down the middle (largely thanks to Rey and Kylo). Many fans think it was the perfect way to end the Skywalker Saga. Others disagree, thinking the film was rushed and did a disservice to the legacy that George Lucas started. I fit into the former and thought the movie was fantastic (though not without its flaws).

Whatever your opinion of the movie, its arrival onto Disney+ is only ever going to be a positive thing, allowing fans to consume every Star Wars movie in the franchise in the correct order (something I’ve written about in the past).

Either way, I don’t think it will be long before we can catch Daisy Ridley, John Boyega, Adam Driver, Oscar Isaac and the rest of the cast in their final film on Disney’s streaming service.

Do you think that Star Wars: The Rise of Skywalker will be on Disney+ in time for May the 4th? Let us know in the comments below.

Comments Off on CONFIRMED: “Star Wars: The Rise of Skywalker” Arrives on Disney+ on May 4th