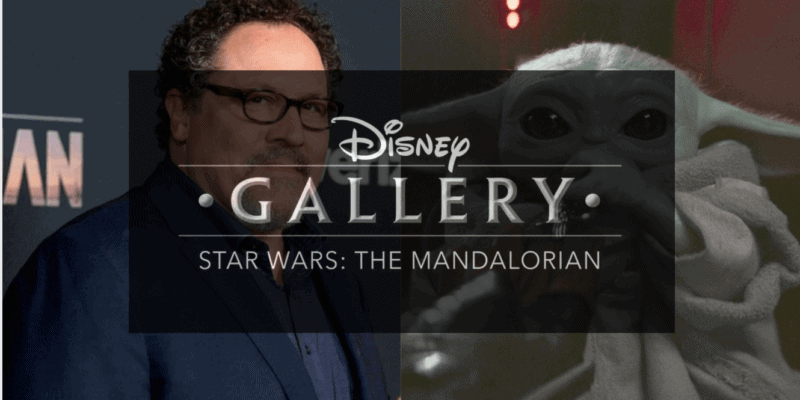 May the 4th Be With You! Star Wars fans around the world annually celebrate May 4 as “Star Wars Day.” This year, Disney is officially getting in on the festivities by launching a new Disney+ series that will take fans behind the scenes of The Mandalorian on Star Wars Day.

Titled Disney Gallery: The Mandalorian, the new 8-episode series will give fans of the hit Star Wars streaming series a glimpse into the process that Executive Producer, Jon Favreau, and other Mandalorian creative team members went through to develop the series and it’s characters (including Baby Yoda, the show’s true breakout star).

Speaking about the upcoming behind-the-scenes look at The Mandalorian, Favreau said, “Disney Gallery: The Mandalorian is an opportunity for fans of the show to take a look inside and get to see a different perspective, and perhaps a greater understanding, of how The Mandalorian came together and some of the incredibly talented contributors throughout Season One.

He continued, “We had a great experience making the show and we’re looking forward to sharing it with you.” The Star Wars docu-series is set to feature interviews with Disney and Lucasfilm cast and crew, never-before-released footage that was left on the cutting room floor, and roundtable discussions led by Favreau.

Disney has confirmed that Disney Gallery: The Mandalorian will premiere on the Walt Disney Company’s streaming platform, Disney+, on Monday, May 4, 2020. The final episode of Star Wars: The Clone Wars will also air on Disney+ on Star Wars Day.

The highly anticipated series finale will bring the Emmy-winning animated Star Wars series to a close after seven seasons. The final episode of Star Wars: The Clone Wars will explore the events that led to Star Wars: Episode III – Revenge of the Sith.

Fans of both Star Wars: The Clone Wars and The Mandalorian won’t have to say goodbye to fan-favorite character, Ahsoka Tano, though. Tano is set to be played by Rosario Dawson in the upcoming second season of The Mandolorian, in which Din Djarin will explore the galaxy for The Child’s home planet.

Are you excited about going behind the scenes of The Mandalorian? Tell us what you’re hoping to learn about the Disney+ original series in the comments!