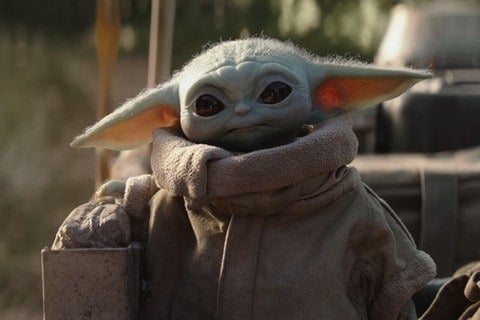 While it might seem crazy to think about how Baby Yoda could be related to Jedi Master Yoda, I’ve received this question a lot since The Mandalorian first aired and we saw Baby Yoda or ‘The Child’ as he’s officially called.

Now series creator Jon Favreau has finally answered this key question… mostly. Keep in mind that this will contain spoilers for season one of The Mandalorian.

The first question and the one with the obvious answer has come up more than you’d think:

Are Baby Yoda and Yoda the same character?

The answer is of course no. Jedi Master Yoda is long dead before the events of The Mandalorian even occur, passing away during The Return of the Jedi.

In case you are still unsure, Jon Favreau has confirmed this:

The series timeline takes place after Return of the Jeidi and fans of the original trilogy will remember that Yoda not only passes away but actually disappears. So Yoda exists as a Force Ghost.

Now that we have cleared that one up, onto the more interesting question, are the two related?

In his response, he was quite tight-lipped and given that at the end of season one we see The Mandalorian wanting to unite Baby Yoda with his own kind, we’re almost certain we will find out during season two. Here is what Jon Favreau had to say:

Well, now you’re getting into spoilers. I can’t say. But there are a lot of theories about that.

While some of you may not see this as an answer at all, I think the fact that he didn’t outright refuse that they’re related is quite interesting. I think (and this is just my theory) we will discover that Yoda (and Baby Yoda’s) species all have the ability to be force sensitive, which would be a nice way to avoid even bringing Yoda into the series.

Given the next Star Wars Saga is rumored to take place in the High Republic and that a young Yoda will be heavily involved, there’s only so much Yoda the fans are going to want to watch!

What are your thoughts on the two characters being related, do you think it’s a possibility? Let us know in the comments below!