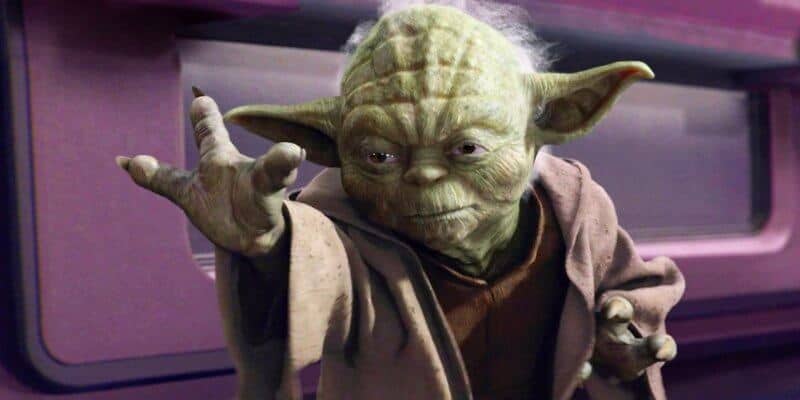 Okay, take all of this with a pinch of salt at this point but according to new rumors, Lucasfilm is leaving the Skywalkers in the past or rather, in the future, as they make plans for the next set of Star Wars movies.

The next set of movies will apparently take place before the Skywalker Saga even begins, 400 years to be precise and will include a couple of characters that Star Wars fans will be very familiar with. The first of which we all know and love, Yoda.

Yoda will not be the old wise Jedi that we first met in Empire Strikes Back, he will be around 500 years old and likely in his Jedi prime. We don’t know about you but seeing a young Yoda in action would be absolutely incredible to watch unfold on the big screen. How do we know he would be 500? Well in Empire Strikes Back he mentions he is 900 years old so give or take a few years, he would be around 500 in this proposed new Saga of Star Wars movies.

Darth Bane is the rumored antagonist of this new collection of films and many fans will recognize him as the Sith who first introduced the rule of two, a Dark Lord to embody the power, and an apprentice to crave it.

The funny thing is, Darth Bane appeared as a Force Ghost in The Clone Wars and was played by Luke Skywalker himself, Mark Hamill.

It will be very interesting to see Bane vs Yoda play out on the big screen. The good news is that President of Lucasfilm Kathleen Kennedy isn’t going to be constrained by three movies and will instead be led by the story. She had this to say when discussing moving away from the Skywalker Saga…

I think it gives us a more open-ended view of storytelling and doesn’t lock us into this three-act structure. We’re not going to have some finite number and fit it into a box. We’re really going to let the story dictate that.

There’s a lot of time for things to change between now and the next Star Wars release date in 2022 but setting things in the past and focusing on Bane and Yoda sounds perfect to us.

What are your thoughts on the next collection of Star Wars movies taking place in the High Republic era? Let us know in the comments below!