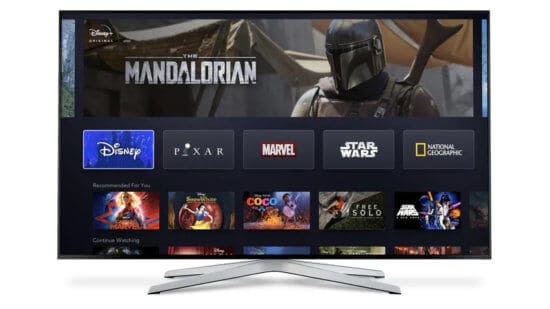 It’s early in the weekend, but guests of the D23 Expo at the Anaheim Convention Center are already privy to some of the surprises to come at this weekend’s Expo, called “the ultimate Disney fan event.”

Among a few of the first things we can see at this year’s Expo is that attendees will get a glimpse into the new “Star Wars: The Clone Wars” upcoming series and a sneak peek at Jon Favreau’s “The Mandalorian” series, which debuts on November 12 on the Disney+ streaming service.

Some Star Wars fans had wondered if they had seen the last of “Star Wars: The Clone Wars,” and those who were still hopeful about the series were looking to see it as part of the programming on the Disney+ streaming service. The good news is that “Clone Wars” is saved, and attendees of the D23 Expo will get to see a preview of it, as well as a sneak peek at the new bounty hunter series, “The Mandalorian” at this weekend’s Expo. These are two series that “Star Wars” fans like us are definitely excited to see more of throughout the weekend, so we’re eager to share even more details with you.

We’re definitely excited to be sharing all of the Disney+ news with our Inside the Magic readers, especially given all of the hype surrounding Disney’s new streaming service. We at Inside the Magic will be updating our site with all of the breaking news coming from D23 Expo this weekend, from the major panels including Disney+, Disney Parks, and Disney Studios, as well as news related to The Walt Disney Company as a whole. Be sure to follow along on our site for more information about all of the exciting announcements coming from D23 Expo this weekend!

Are you excited to see previews of “Star Wars: The Clone Wars” and “The Mandalorian” when they debut this weekend? Let us know in the comments! Also, be sure to enter our Walt Disney World vacation sweepstakes here!