As is usually the case this time of year, some exciting news has come out of San Diego Comic-Con. “Star Wars: The Clone Wars” will return with 12 all-new episodes on Disney’s direct-to-consumer streaming service.

The news broke during the “Star Wars: The Clone Wars” 10th anniversary panel at San Diego Comic-Con 2018 this afternoon, much to the delight of fans of the series who have been wishing for a proper ending for years. Soon, they will have their wish.

A trailer for the return of the series (seen above) was also shared during the panel and features a chill-inducing scene in which Ahsoka Tano is reunited (via hologram) with Anakin Skywalker and Obi-Wan Kenobi.

A poster for the return of the series was also released today, featuring a clone trooper helmet and the hashtag “Clone Wars Saved.” 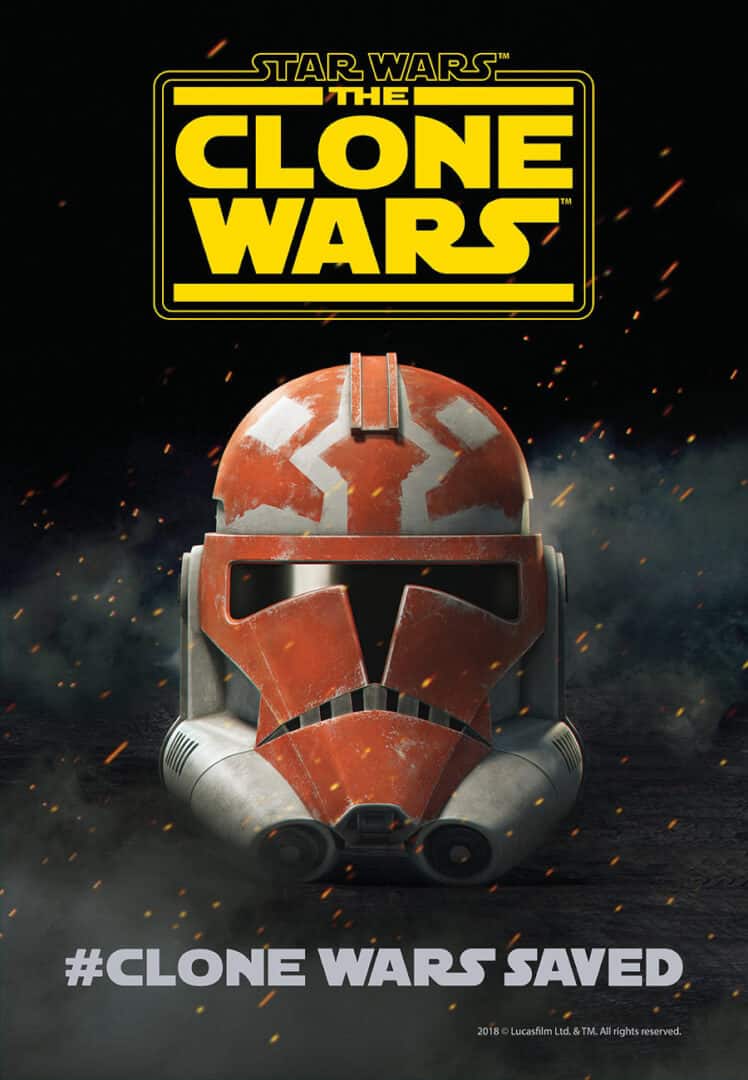 The series was produced by George Lucas while Dave Filoni wrote and directed. It ran for 108 episodes over five seasons on Cartoon Network from 2008 to 2013, before switching over to Netflix for 13 more episodes in 2014. It won multiple daytime Emmy Awards along the way.

No release date for the new episodes of “Star Wars: The Clone Wars” has been announced as of yet, but the Disney streaming service is expected to launch in Fall 2019.

San Diego Comic-Con 2018 will continue through Sunday, July 22 at the San Diego Convention Center in Southern California. Be sure to check back with Inside The Magic for all the news from SDCC 2018!

Are you excited for the return of Star Wars: The Clone Wars? Let us know in the comments below!