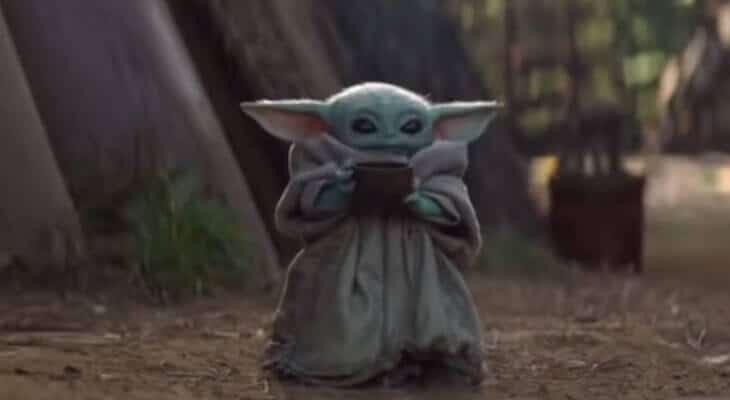 It seems like you can get Baby Yoda on everything these days: from phone cases to water bottles to t-shirts. Well, soon you will  actually be able to get every Baby Yoda-themed merchandise item you could imagine, because according to some recently-filed trademark documents, Disney plans to create even more Baby Yoda products, including kitchenware, makeup, and accessories.

Pretty much everyone is familiar with Baby Yoda at this point, but if you’re not, let us catch you up to speed. The character — more formally known as “The Child” but endearingly called “Baby Yoda” by fans worldwide — first debuted in Lucasfilm’s original series The Mandalorian, which premiered on Disney’s new streaming service, Disney+, when it launched on November 12. The little guy (who’s actually 50 years old but looks like an baby version Yoda, a Jedi Master from the Star Wars franchise) quickly became the star of the show. Fans everywhere were wanting Baby Yoda merchandise sooner than Disney released it, but now it looks like the company is making up for lost time (and apparently lost revenue) by planning to release even more products.

Yes, that’s right, it looks like we’re getting even more Baby Yoda products than we thought possible. According to recent trademark applications that were filed on December 28, Disney and Lucasfilm are planning to release merchandise associated with “The Child” (a.k.a. Baby Yoda) and “The Mandalorian The Child.” Take a look:

The documents state that the merchandise will include the following:

Clothing, footwear and headwear; all of the foregoing relating to a character in an entertainment franchise

Now here’s the catch: we’re not sure when Disney will release these products. The company hasn’t formally announced anything beyond the products we already know are being sold in stores and online. But with season 2 of The Mandaliorian coming to Disney+ in fall 2020, we’re sure the company will want even more new Baby Yoda products available for fans before or as soon as the first episode of the next season premieres.

For now, we’ll keep dreaming about the next Baby Yoda product to add to our shopping list (and the day when we finally get a release date for the second season premiere).

What do you think of the Baby Yoda products Disney and Lucasfilm are planning to release? What type of Baby Yoda-themed product is on your wish list? Let us know in the comments!