Report suggests Disney has lost $2.7 million because of Baby Yoda - Inside the Magic 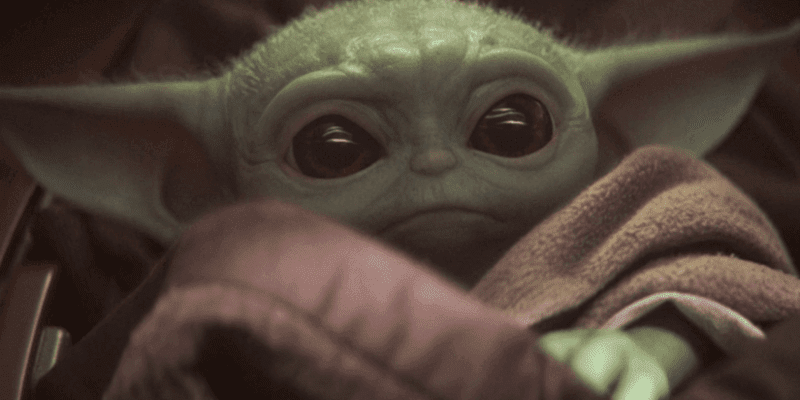 Baby Yoda is still very much one with the force and a new report suggests that the decision from Jon Favreau on not having a full merchandise plan ahead of The Mandalorian releasing onto Disney+ could have hit Disney’s revenue.

A new report from Jungle Scout, a company that assists Amazon merchants with sales has suggested that Disney has potentially lost out on almost $3 million worth of revenue.

So where does this thinking come from?

According to the report, the term ‘Baby Yoda’ has been searched for over 90,000 times and calculations are based on 1,842 pieces of unofficial Baby Yoda merchandise that are being sold by Amazon merchants. Each one of these transactions averages at around $23 and the calculations has been done from there.

While all of this sounds like bad news for Disney, they have released some Baby Yoda merchandise though it felt a bit rushed and most of it didn’t get a great reaction from fans. That being said, there are plans in place to continue releasing Baby Yoda merchandise well into 2020 with the Funko Pop scheduled to be released in the Spring.

While the lack of merchandise may be hitting Disney’s bottom line in the short-term, the long term strategy for Baby Yoda merchandise appears to be well underway, and the surprise of seeing him for the first time in The Mandalorian was worth it.

There are also strong rumors suggesting that season one of the hit Disney+ show won’t be the last time we see our little green friend so expect the need for merchandise to only keep increasing. We can’t get enough of everything to do with The Mandalorian and think it’s among the best thing we’ve seen from Lucasfilm to date.

What are your thoughts on the whole Baby Yoda craze? Let us know in the comments below!