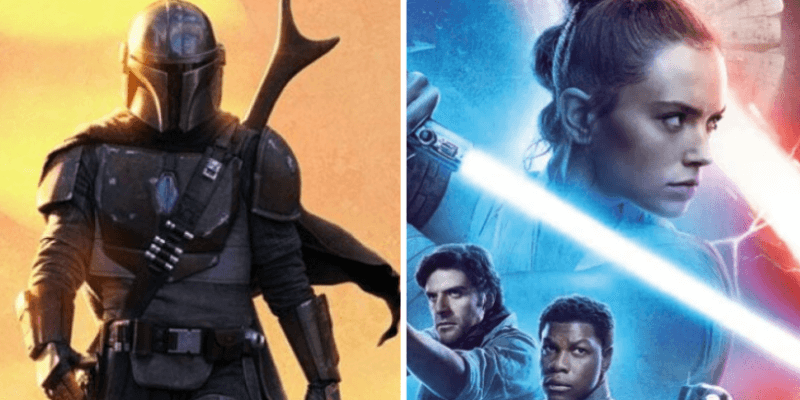 Star Wars has taken over the internet for this last month of 2019. And with The Mandalorian and The Rise of Skywalker getting as much buzz as everyone predicted, we weren’t surprised when we heard that the two Lucasfilm productions would be getting a tie-in together.

Disney announced that the second to last episode of The Mandalorian will actually be getting an “exclusive sneak peek” at The Rise of Skywalker. While we think that most Star Wars fans can agree that we don’t need an incentive to go watch the latest flick the second it hits theaters, a sneak peek of the film during The Mandalorian sure is awesome, considering how closely we’ve been following the series since it debuted on Disney+ on November 12 and how excited we are for the movie.

Interestingly, the second to last episode of The Mandalorian — the one that Disney says has a tie-in with the new Star Wars film — has been moved up. Originally, all episodes of the Disney+ series were set to air every Friday; that’s how it’s been since they started. But now, the seventh episode of The Mandalorian — the title of which has yet to be announced — will air on Disney+ on December 18. That’s two whole days before the theatrical debut of The Rise of Skywalker. And now that we know that the two are somehow connected, our curiosity is piqued even more.

So far, we know that in the seventh episode of The Mandalorian (written by Jon Favreau himself), “an old rival extends an invitation for The Mandalorian to make peace.” And in the eighth episode, he’ll “face-to-face with an unexpected enemy.”

In case you’re not caught up, below are the official synopses for The Mandalorian and Star Wars: The Rise of Skywalker:

After the stories of Jango and Boba Fett, another warrior emerges in the Star Wars universe. The Mandalorian is set after the fall of the Empire and before the emergence of the First Order. The series depicts a lone gunfighter in the outer reaches of the galaxy far from the authority of the New Republic.

Star Wars: The Rise of Skywalker

The surviving Resistance faces the First Order once more as Rey, Finn and Poe Dameron’s journey continues. With the power and knowledge of generations behind them, the final battle commences.

What exactly will we find out in The Mandalorian that connects it to Star Wars: The Rise of Skywalker? We’re not so sure. But since we’re such big fans of the show and we can hardly wait to find out what will be revealed in the new movie, we know for a fact that we’ll be seeing the film and episode as soon as we possibly can, in order to avoid all spoilers. We’re not sure what’s going to be revealed, but we think it will be pretty big.

How do you think  The Mandalorian and The Rise of Skywalker are connected? And what do you hope will be revealed in the show and the film? Let us know in the comments!