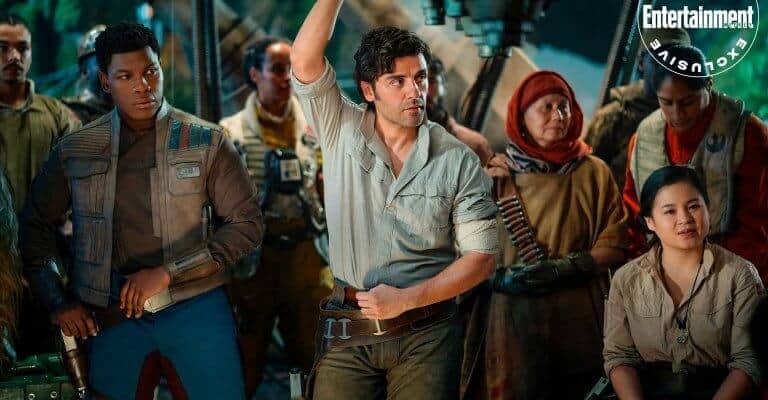 Star Wars: The Rise of Skywalker director J.J. Abrams hints that audiences will see some LGBT+ representation in the latest Lucasfilm movie.

Fans have been speculating a possible romance between Poe Dameron and Finn, two of the main characters in the current trilogy. For two episodes now, these characters have had what both audiences and the actors themselves (Oscar Isaac and John Boyega) have called a “bromance.” And while Abrams says that these two aren’t a couple, he also didn’t deny that Episode IX will have LGBT+ representation. In fact, it looks like he’s pretty much confirmed it.

Abrams discussed his thoughts and feelings toward Poe and Finn’s friendship in an interview with Variety this week. It’s very clear that the two actors have great chemistry — Isaac and Boyega spoke on this during the press conference on Wednesday — but their characters aren’t romantically tied. The reason? Well, Abrams says that their relationship is a bond of friendship that goes deeper than romance.

“That relationship to me is a far deeper one than a romantic one,” Abrams said to Variety. “It is a deep bond that these two have, not just because of the trial by fire in which they met, but also because of their willingness to be as intimate as they are, as afraid as they, as unsure as they are, and still be bold, and still be daring and brave.”

In many ways, Poe and Finn are examples of what true friends would do for each other. They are dedicated to helping one another, and they — along with Rey and the rest of the Resistance — would clearly go to the edge of the galaxy if they needed to.

Still, Abrams didn’t rule out the possibility of LGBT+ representation in the film. While we won’t be getting a steamy Poe and Finn moment, there could be something more on the horizon, either for characters that have already been introduced or for new characters in the movie.

Just as Rey actress Daisy Ridley pointed out, Abrams shared that he has always wanted a Star Wars cast that “looked more the way the world looks than not.” He continued, “And in the case of the LGBTQ community, it was important to me that people who go to see this movie feel that they’re being represented in the film.”

In response to a question about whether or not there will be a queer character in Star Wars: The Rise of Skywalker, Abrams said, “I will say I’m giving away nothing about what happens in the movie. But I did just say what I just said.”

There you have it, folks. We don’t yet know who that queer character is or whether or not they have already been introduced, but in keeping with his yearning to represent a diverse group of people in his cast, it looks like Abrams wants the latest Star Wars film to have even more representation of different groups of people than the others. And for that, he and the rest of Lucasfilm deserve some applause.

Star Wars: The Rise of Skywalker hits theaters on December 20.

What do you think of Abrams all but admitting there’s LGBT+ representation in  Star Wars: The Rise of Skywalker? Let us know in the comments!