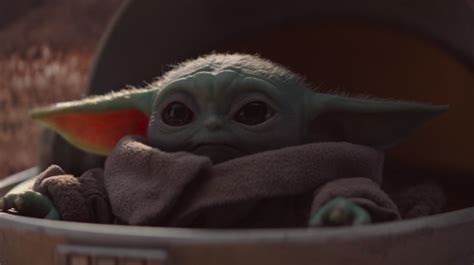 Baby Yoda has obviously become an international sensation since first gracing our screens in episode one of The Mandalorian and if you ask us, rightfully so.

The young one has shown a lot of strength so far and proved that even drinking soup can be done with an element of cuteness. Recently Hollywood Reporter caught up with series creator Jon Favreau about how the little one came about and the decision behind selecting the same species as Jedi Master Yoda.

Onto what we could have guessed, Baby Yoda is a mix of CG and puppetry but wherever possible the team will rely on a puppet to really push the realism of what the viewer sees.

He’s mostly a puppet. When it’s CG, we try to make him obey the same physical laws that he would if he were a puppet.

It makes sense to us, there was a lot of controversies when CG was introduced when it wasn’t required in the prequel trilogy, particularly when Yoda wasn’t jumping all around the place in a fight scene. Disney has done a great job in all their Star Wars projects so far in having the right mix of practical and CG effects.

What’s interesting is that Jon was also asked about the decision behind using the same species as Yoda in the series. Broadly speaking it seems to be around the freedom they have for storytelling. Hardly anything is known about the species which gives both fans and the storytellers something interesting to work with.

Jon went onto say this about the original Yoda:

We know who he is based on his behavior and what he stands for, but we don’t know a lot of details about where he comes from or his species. I think that’s why people are so curious about this little one of the same species.

In addition, the reason why we’ve not seen an awful lot of Baby Yoda merchandise sounds like it came directly from Favreau. It was purposely kept out of the marketing to give Star Wars fans a nice surprise when tuning into the show.

It’s worked a treat and we’ve fallen in love with The Mandalorian and Baby Yoda. Here’s hoping we find out more about the species soon as well as getting a real name for the young one.

Are you enjoying The Mandalorian? Let us know what you think of the show and Baby Yoda in the comments below!