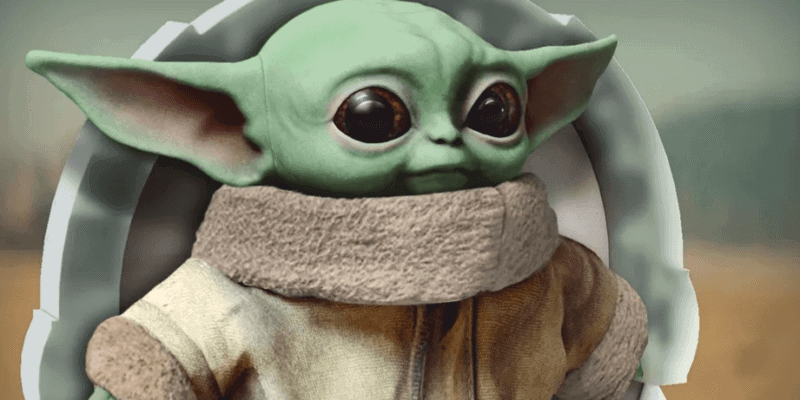 There’s no denying the popularity of The Child — affectionately known as Baby Yoda — from the all-new hit Disney+ original series The Mandalorian. Ever since the show debuted on Disney’s new streaming service when it launched on November 12, the character we all call Baby Yoda has taken the internet by storm, with memes, funny Tweets, and remarks by members of the Star Wars fan community saying Baby Yoda was the cutest thing they’ve ever seen. Almost immediately, fans everywhere were wanting Baby Yoda merchandise, but Disney had yet to release it.

So what do fans do when they want merchandise that features Disney intellectual property, but they can’t find it at an authorized Disney retailer? They make the merchandise and sell it themselves. Sure, it’s not officially licensed — but if someone can sell a Baby Yoda plush or shirt that looks just like the real character, they will.

Unauthorized Baby Yoda merchandise was available for purchase online not long after the character made its streaming service debut. Baby Yoda was so adorable and captivating — it’s no surprise fans young and old wanted him on t-shirts, hats, phone cases, and more. Disney later came out with “The Child” merchandise, but it didn’t seem to be fast enough. People were already buying unauthorized Baby Yoda merchandise online, and many claimed the unofficial stuff was better quality or looked nicer than the official Disney-branded products.

For example, thousands of these Baby Yoda products were already listed on Etsy, an online marketplace where artisans can run their own small shops and sell handmade goods. While many products sold on Etsy aren’t actually handmade — and many of the products look like they could be official Disney-licensed products — that fact of the matter is that sellers were capitalizing on the demand for Baby Yoda on anything and everything imaginable.

And now, Disney is fighting back.

The Wall Street Journal reports that at the beginning of last week, several online sellers began receiving notices from Etsy that their listings had been deactivated at Disney’s request.

“I have to say ‘alien doll’ because I got an email from Disney about copyright infringement,” said an Etsy seller named Jacqueline to the Wall Street Journal.

Jacqueline said to WSJ that she sold almost 200 6-inch Baby Yoda dolls that she had crocheted herself. She was originally selling them for only $7 but later increased her prices once orders began increasing dramatically.

And now, Jacqueline and other sellers have to change the way they label their listings.

Both Disney and Etsy haven’t publicly commented on this matter, but a search for Baby Yoda on the site still yields thousands of results.

Another instance involves Jared Burks, a Star Wars fan who has been making custom LEGO-style figures since the 1990s. Burks has sold over a dozen Baby Yoda figures he made with a 3-D printer. Each figure sold for $40. He thinks Disney’s move to shut down creators for selling unsanctioned merchandise is counterproductive. “I understand that Disney gets a little grumpy,” he said.

So this prompts the question: is Disney in the right, or are they in the wrong?

Maybe Disney knows that a large group of fans prefer the unauthorized Baby Yoda goods over the merchandise that Disney came out with. It’s no secret that after Disney launched its “The Child” merchandise collection, some fans were happy, but many were not. There were claims that the official Disney products were rushed and not fully thought-out. And when fans compared the real Disney merchandise to the products sold online by Etsy shops, for example, many chose to still buy from Etsy.

Still, this isn’t to say that Disney isn’t allowed to fight back. The notices Disney is sending to the sellers of unauthorized Baby Yoda products are actually a good idea. Disney is prompting sellers to take down their products voluntarily. If the sellers don’t comply, then this signals to a judge that Disney took steps before actually suing, should these situations get to that point.

This also isn’t the first time Disney has had to take action against small shops. Right now, Disney and Lucasfilm are taking legal action against a local Florida business that operates a merchandise shop called DisGear. Disney is saying that the shop has copied Disney designs and that its products are copyright infringement.

Right now, it’s unclear where this will go, especially since products are still listed or tagged as Baby Yoda on Etsy. But we’ll report back when we learn more information. 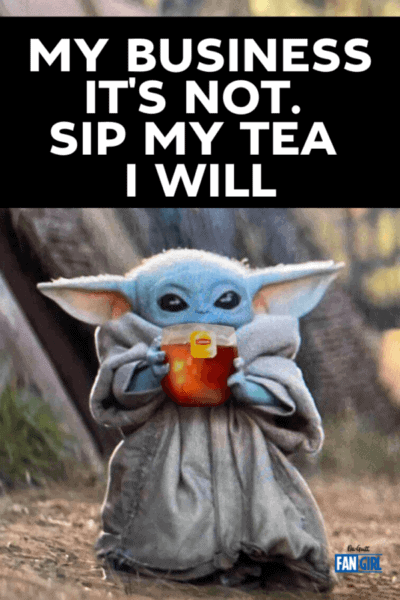 Do you think these small shops should be allowed to sell their merchandise and call them “Baby Yoda” products? Or is Disney right to call this copyright infringement? Let us know your take in the comments.