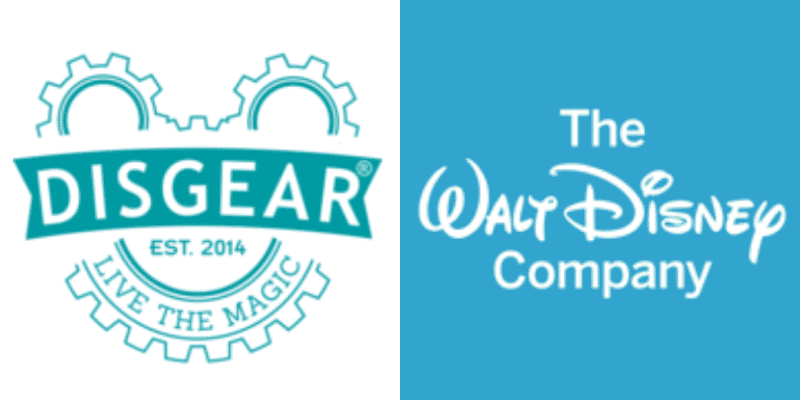 Disney Enterprises and Lucasfilm are suing a local business for copyright infringement.

The lawsuit involves Mouseprint Media LLC, also known as the small shop called DisGear, which operates out of Winter Garden, Florida, and sells products on an online store. The company launched in 2014 and calls itself the “#1 source for themed Disney t-shirts.”

Disney Enterprises and Lucasfilm Entertainment filed a 22-page lawsuit that contends that Mouseprint Media is selling merchandise that includes copied Disney logos, designs, and products, The lawsuit cites several examples of this — from the use of Mickey Mouse and Darth Vader to Tinkerbell and Goofy — even noting that the DisGear logo itself infringes on copyright. The lawsuits also state that Mouseprint Media previously filed a trademark application with the US Patent and Trademark Office, but the company was denied based on “confusing similarity.”

Disney sent Mouseprint Media two cease and desist letters in March and October 2019 before they filed the lawsuit. Now, Disney and Lucasfilm are seeking unspecified damages.

Take a look at some examples from the DisGear website:

A Rapunzel-inspired t-shirt that displays the Tangled sun

But DisGear isn’t the only small shop that creates Disney-inspired products without Disney’s permission.

With Disney having such a large fanbase — and with parkgoers always looking for new and unique Disney-inspired clothing and accessories to wear to the Disney Parks — it’s not surprising for businesses like DisGear to take such inspiration from Disney. But since small shops like the one in question use familiar Disney sayings, character names, park icons, song lyrics, and more in their merchandise, many are questioning where they will draw the line. Many agree that it’s important to support small shops and local businesses, but if those businesses are using Disney property in an unauthorized way, they are at risk of infringing on copyright and a lawsuit like this one.

It’s even been argued that Disney has been taking inspiration from small shops that sell Disney-inspired items to create their own more trendy and subdued clothing and accessories. We saw the emergence of more Dole Whip merchandise items, and even clothing and accessories inspired by the Purple Wall. We even saw more attractions-inspired merchandise appear in the theme parks over the past couple of years, , we saw more merchandise that is similar to what a lot of small shops are doing: merchandise that is inspired by Disney, but that isn’t just Mickey tee.

This way, Disney is able to provide customers with products that are in such high demand but that are a similar look or vibe to ones that many smaller Disney-inspired shops were already selling. But this also means that many are left wondering how (and if) they can support small shops like DisGear when these shops are at risk of getting sued for the products they create if their products are using Disney’s intellectual property in an unauthorized way.

This is a developing story, and we will update Inside the Magic when more information becomes available.

What’s your take on this lawsuit? Are Disney and Lucasfilm in the right to sue this local Florida business? Or are the products by DisGear perfectly fine to sell? Let us know your thoughts in the comments.