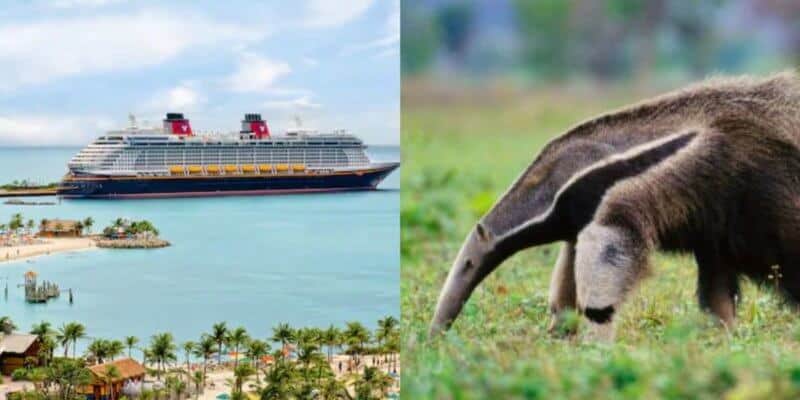 According to attorneys, in October 2018, a young boy and his mother took a vacation aboard the Disney Wonder, one of Disney’s cruise line ships, and when they got off the ship in Cartagena, Colombia to visit the National Aviary of Colombia, an anteater, who “was not properly sequestered from visitors” had attacked the young boy, which resulted in severe injury.

There are documents that show the young boy did, in fact, receive medical care once he got back onto the Disney Wonder, but it was not enough to keep the boy from getting a severe mycobacterial infection.

Attorneys say the boy was not properly diagnosed or treated onboard the Disney ship and he did not receive the proper care to avoid any severe mycobacterial infections.

The lawsuit is currently seeking damages in excess of $15,000 and a jury trial.

Disney Cruise Line is currently home to four Disney ships, Disney Dream, Disney Magic, Disney Wonder, and Disney Fantasy. A fifth ship, Disney Wish, is expected to be released in 2021, which will feature a Beauty and the Beast-inspired atrium as well as Rapunzel on the stern of the ship, painting the name.

Disney Cruise Line has also recently announced a new private Bahamian island, which will be called Lighthouse Point of Eleuthera and will focus on natural preservation is expected to begin construction in 2020.

Comments Off on Lawsuit: Boy attacked by anteater during Disney Cruise Line vacation