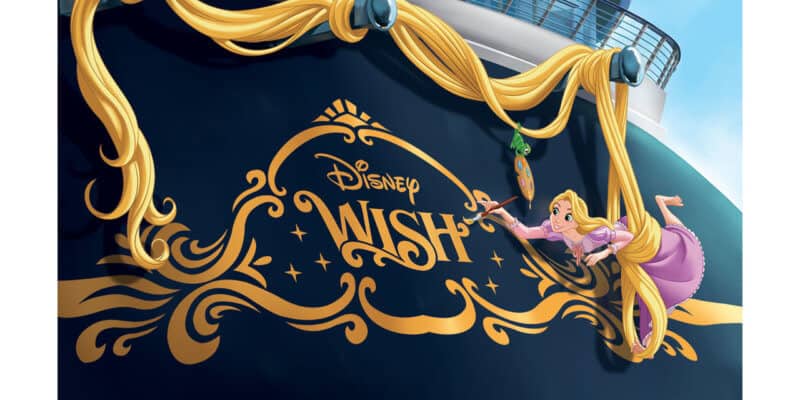 Some amazing Disney Cruise Line news was revealed this weekend, and we’re so excited that we’ll be booking trips as soon as possible!

Today at D23, Disney Cruise Line unveiled its newest ship and newest destination. The Disney Wish will be the fifth ship to join Disney’s amazing fleet, and “Lighthouse Point of Eleuthera” will be Disney’s new private Bahamian island.

Iconic Imagineer Joe Rohde took the stage to shed some light on this new tropical paradise. From the very start, he stated that this site was going to be focused on natural preservation. “We want to draw attention to the natural beauty of lighthouse point,” Rhode explained during the panel.

Lighthouse Point will be approached similarly to the way Disney created Aulani in Hawaii. It will focus on natural and cultural immersion while also bringing together conservation efforts. “This is not a replica of an old Bahamian town,” he continued, “not a pirate fantasy, but a dreamlike landscape of adventure by the sea where art and nature combine with Disney magic to create a destination in this place that can only exist here in lighthouse point.” The Imagineers will be drawing inspiration from artists, musicians, sculptors, and storytellers across New Providence and Eleuthera.

Construction at Lighthouse Point is expected to begin in 2020. However, public consultation must be undertaken and an Environmental Impact Assessment and Environmental Management Plan must be reviewed and accepted by the Government of The Bahamas before any ground is broken.

Experiences and Products Chairman, Bob Chapek followed Rodhe with the Disney Wish. “Making wishes come true is at the heart of Disney DNA,” Chapek exclaimed. “Wish is found at the heart of all Disney stories.”

This beautiful ship will feature, among other innovations and experiences, a “Beauty and the Beast”-inspired atrium and it will feature Rapunzel on the stern painting the name. Chapek explained that they chose Rapunzel because, “Her story represents a desire to explore the world.”

Disney is expected to take delivery of the “Wish” towards the end of 2021 with sailings beginning in January 2022. She and her two following sister ships will be larger than the Disney Dream and Disney Fantasy, boasting approximately 144,000 tones and 1,250 of those famously-spacious Disney staterooms.

Since the maiden voyage of the Disney Magic, DCL has given people the chance to travel the world in the combination romantic ambiance of the golden age of ocean liners, and Disney magic. Each new ship, each new refurbishment, each new onboard experience, and each new destination has only heightened that unforgettable atmosphere. There is no doubt that the “Disney Wish” and Lighthouse Point will only continue to build on that magic.

If you are looking to plan your next family vacation aboard a Disney Cruise, the expert travel agents at Academy Travel are standing by to help make your dream trip a reality.

Are you excited to take a trip aboard the Disney Wish as soon as it begins sailing? Let us know in the comments!