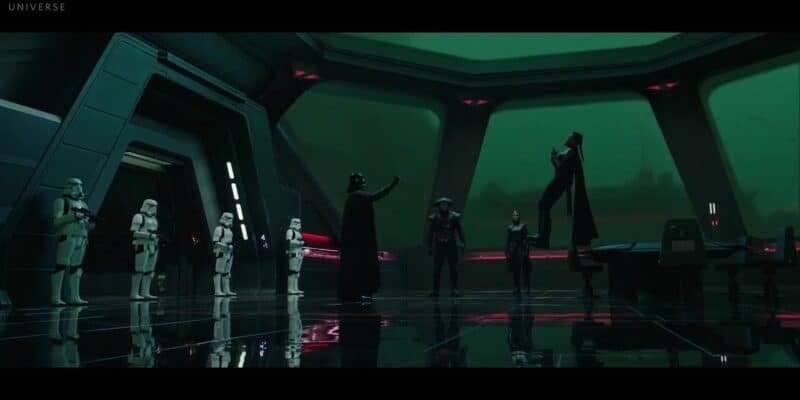 “I think we met [Tran and Jannah actress, Naomi Ackie] and immediately sort of hit it off and sort of talked about all of the struggles of being people who did not grow up in privileged backgrounds, very new to this industry, what that meant, what we would be dealing with. And I think the biggest thing that sort of came from that was making sure that you don’t become isolated or silent about the things that you’re dealing with.”

The franchise even courted online backlash for making a 2021 Martin Luther King, Jr. Day post that caused Boyega’s Finn to trend for days.

Most recently, Star Wars newcomer Moses Ingram (Reva/Third Sister) has found herself the victim of racist comments online. Ingram made her debut in a galaxy far, far away in Deborah Chow’s Obi-Wan Kenobi series, which will air its penultimate Season 1 episode this week.

Now, Hayden Christensen (Anakin Skywalker/Darth Vader) has spoken out about how Star Wars fans have treated Ingram on social media, and he has admitted that the fandom needs to do better. The prequel trilogy alum told Entertainment Tonight:

“I’ve heard a little bit about that [the racism] and, obviously, it really saddens me. I think the world of Moses. She’s not only a lovely person and human being but an incredibly talented actress.”

“The first time I saw the first couple of episodes, I was blown away by her performance and just thought that the subtleties and nuances that she brought to this character were there and really impressive,” Christensen added. “So, I mean, I hope by the end of the series, people are coming around. I think she’s done a great job and I think [Reva] is an important character and people will come to realize that.”

Christensen’s comments come on the heels of a great show of support from Lucasfilm, Ltd. and a video defending the actress made by none other than Ewan McGregor, Jedi Master Obi-Wan Kenobi himself.

Despite the unfortunate situation Ingram has found herself dealing with, Obi-Wan Kenobi has been largely well-received by the often fickle Star Wars community. Vivian Lyra Blair, who is portraying 10-year-old Princess Leia Organa, has been a particularly big hit. The young actress is a dead ringer for Carrie Fisher in her youth, making her portrayal of the precocious little royal even more believable.

What do you think about social media’s treatment of Moses Ingram?