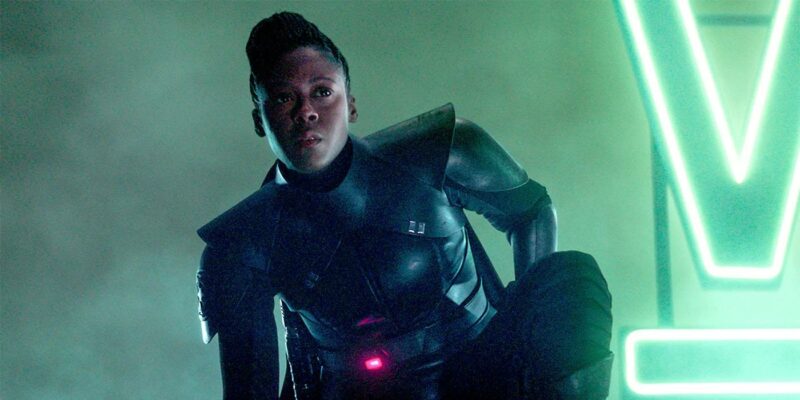 While many of the Star Wars fandom has celebrated the iconic return of Ewan McGregor as the former Jedi Master, Obi-Wan Kenobi, in the new series from Lucasfilm, some have tarnished the anticipated release with a slew of racist comments directed at Moses Ingram — Star Wars‘ newest villain.

Obi-Wan Kenobi debuted with a two-hour special on May 27, 2022, finally bringing back McGregor’s Obi-Wan Kenobi into the Star Wars universe. Set 10 years after the tragic events of Star Wars: Episode III — Revenge of the Sith (2005), which saw the Jedi Order decimated by Emperor Palpatine’s (Ian McDiarmid) Order 66, Obi-Wan finds himself in hiding on the Outer Rim planet of Tatooine.

Watching over a young Luke Skywalker (Grant Feely), despite being unwanted by Owen Lars (Joel Edgerton) and his wife, Beru Lars (Bonnie Piesse), Luke’s Uncle Owen and Aunt Beru, Ben Kenobi is brought back into the action when the Inquisitorius — led by Rupert Friend’s Grand Inquisitor — begin hunting him down at the request of his former Jedi apprentice, the dark side’s Anakin Skywalker AKA Darth Vader (Hayden Christensen).

The new series from director Deborah Chow and writer Joby Harold offers a glimpse at the dark times between the prequel and original trilogies, taking the Star Wars characters made famous by George Lucas, and broadening the timeline of the ever-expanding Star Wars story. However, with new entries into the canon comes new villains, and Obi-Wan Kenobi plays into the desperation and fear of Jedi hunting.

The actress plays the Third Sister of the Inquisitorius. Also going by the name Inquisitor Reva, Ingram’s Jedi hunter is a ruthless, power-hungry villain, wielding a lightsaber, and the Force, with deathly precision. Seemingly wanting to earn favor with Darth Vader, Reva begins a ruthless quest for Obi-Wan Kenobi, going so far as to use little Princess Leia Organa (Vivien Lyra Blair) to draw him to the planet Daiyu.

And while many fans have been drawn in by Ingram’s measured and sharp performance as this new era of Star Wars villain, others have issued racist remarks to the actress, leading Lucasfilm’s Star Wars to publicly stand up and speak out in defense of Ingram. They shared the message to millions of followers across their social media platforms.

We are proud to welcome Moses Ingram to the Star Wars family and excited for Reva’s story to unfold. If anyone intends to make her feel in any way unwelcome, we have only one thing to say: we resist.

We are proud to welcome Moses Ingram to the Star Wars family and excited for Reva’s story to unfold. If anyone intends to make her feel in any way unwelcome, we have only one thing to say: we resist. pic.twitter.com/lZW0yvseBk

Ingram has also spoken out on her Instagram stories regarding the disgusting comments she has received. Including them in a long video on her social media account, some comments read:

“You suck loser. You’re a diversity hire and you won’t be loved or remembered for this acting role.”

More comments using derogatory, vile language were included. Ingram voiced her thoughts, stating that she will not “grin and bear it”, thanking fans who have defended her online, before ending by saying to those sending harmful messages — “Y’all weird.”

Related: There May Have Been More to Boyega’s Abrupt Netflix Exit

Unfortunately, this isn’t the first time Star Wars has been involved in racist discourse. The sequel trilogy saw Black actor John Boyega bring Finn to the galaxy far, far away, as well as Kelly Marie Tran’s Rose Tico. Both were victims of verbal racist attacks, leading to the latter leaving social media altogether. Some fans have questioned Star Wars‘ response surrounding Ingram, asking why the franchise did not show the same level of support for Boyega during the sequel trilogy.

Are you watching Obi-Wan Kenobi on Disney+? Let us know in the comments down below!