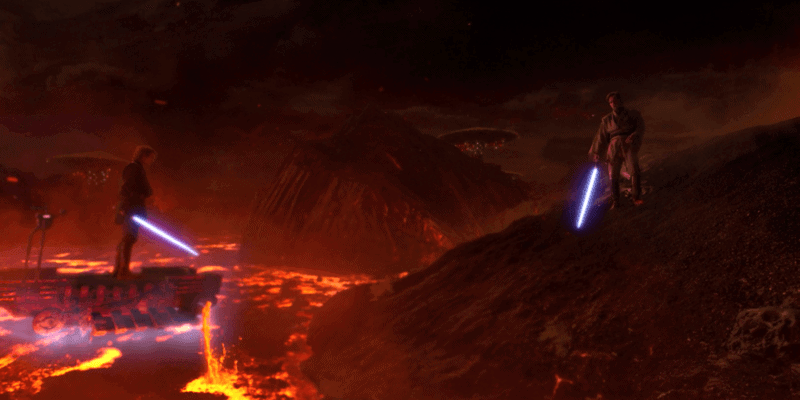 The upcoming Disney+ special event series Obi-Wan Kenobi — which recently wrapped filming — already has fans buzzing, and it doesn’t even have an official debut date beyond sometime in 2022.

The miniseries will see the return of two of George Lucas’s prequel trilogy stars — Ewan McGregor will reprise his role as Jedi Master Obi-Wan Kenobi and Hayden Christensen will once again portray the former Anakin Skywalker, Sith Lord Darth Vader.

“I’m a real big Star Wars fan. I had auditioned for Lando for the Solo film, and when I didn’t get it, it crushed me. I was like, ‘You know what? I quit. I’m going back to being a writer. I’m done.’ I was filming Swagger, and my agents were like, ‘Yo, we need you free in the next two days, noon.’ I’m like, ‘All right.’ They’re like, ‘Just listen. You want to take this meeting.'”

Fortunately, things have worked out well for Jackson, who can’t wait to share more about his debut in the Star Wars universe. But, for now — no surprise to those who are familiar with the cloak and dagger nature of Jon Favreau and Dave Filoni’s Mandalorian set, where Deborah Chow cut her teeth as a Star Wars director — he is under something of a gag order:

While most plot points are being kept under wraps, we do know that Obi-Wan Kenobi will take place about ten years after the events of Star Wars: Episode III – Revenge of the Sith (2003) — including the execution of Emperor Palpatine’s (Ian McDiarmid) Order 66 and the famous battle between Kenobi and young Skywalker on Mustafar.

This timeline heavily indicates that we will see the live-action debut of Vader’s Inquisitorius — Jedi hunters — who formerly appeared in the animated series Star Wars Rebels. Ray Park has also indicated that he may make his return as Darth Maul in the upcoming series, so it seems that the dark side will be alive and well in the highly-anticipated show.

Per Lucasfilm President Kathleen Kennedy, fans can also expect the “rematch of the century” as Jedi Knight Kenobi and his former Padawan face off in an epic lightsaber battle for the third time in the Star Wars story.

Finally, one more tidbit of information indicates that we can expect to see the childhood of a certain Tatooine farm boy named Luke Skywalker, who just might go on to save the entire Star Wars galaxy…