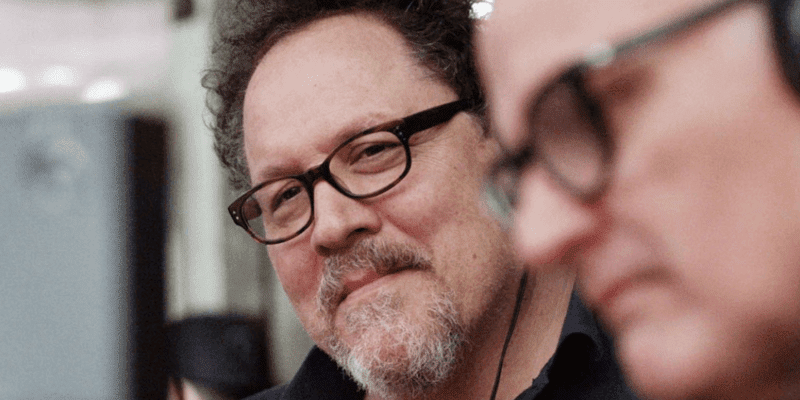 The Mandalorian creator Jon Favreau is, in many Star Wars fans’ minds, the savior of the Star Wars franchise. He took a galaxy that was floundering after the controversial Star Wars sequel trilogy and created characters who once again made Star Wars fun.

From the day the Star Wars series, The Mandalorian, debuted on Disney+ on November 12, 2019, viewers have loved following the adventures of Din Djarin (Pedro Pascal) and Grogu (AKA Baby Yoda).

Over the course of The Mandalorian Season 1 and Season 2, Djarin and Grogu have encountered a motley crew of Star Wars characters, both new and old. From junk dealer/mechanic Peli Motto (Amy Sedaris) to Star Wars: The Clone Wars fan-favorite Ahsoka Tano (Rosario Dawson) to Jedi Master Luke Skywalker (Mark Hamill), there’s rarely a dull moment in The Mandalorian.

Congratulations to Jon Favreau on his nomination for Outstanding Directorial Achievement in Dramatic Series for Chapter 9: The Marshal of #TheMandalorian.

Congratulations to Jon Favreau on his nomination for Outstanding Directorial Achievement in Dramatic Series for Chapter 9: The Marshal of #TheMandalorian. pic.twitter.com/uJdW1XCZXQ

The Emmy-winning Mandalorian is set to begin filming Season 3 next month in Los Angeles. At this time, Favreau and executive producer Dave Filoni have not confirmed details regarding the third season of the show.

Though not confirmed, it seems likely that Katee Sackhoff will return to reprise her role as Bo-Katan Kryze to complete the Darksaber story arc. In the Season 2 finale episode, Djarin won the black-bladed saber in battle with Moff Gideon (Giancarlo Esposito) and is now the de facto ruler of planet Mandalore. Kryze, however, is sure to want to complete her personal quest to re-take the Darksaber and her home world.

Related: ‘Mandalorian’ Star Wonders If Supporting Carano Will Get Him Fired

In addition to The Mandalorian Season 3, Favreau and Filoni are expanding Lucasfilm’s Mandalorian universe with three spinoff series — Ahsoka, Rangers of the New Republic, and The Book of Boba Fett.

Beyond the fact that Rosario Dawson will reprise her role as the live-action version of Tano in Ahsoka and Temuera Morrison and Ming-Na Wen will play Boba Fett and Fennec Shand, respectively, in The Book of Boba Fett, little is known about these shows.

For Marvel fans, however, the rumor that Robert Downey Jr. (Tony Stark/Iron Man) — who Favreau worked with on all of the Iron Man films — will play Grand Admiral Thrawn is extremely exciting. This casting report, however, remains unconfirmed at this time.

If Favreau wins the DGA award, it will be his third directorial award — he previously won Saturn Awards for Marvel’s Iron Man trilogy in both 2008 and 2009.

In addition to expanding his popular corner of the Star Wars universe, the entertainment guru is also working on a second 3D The Lion King movie for Disney.

Do you think Favreau deserves to win this award?