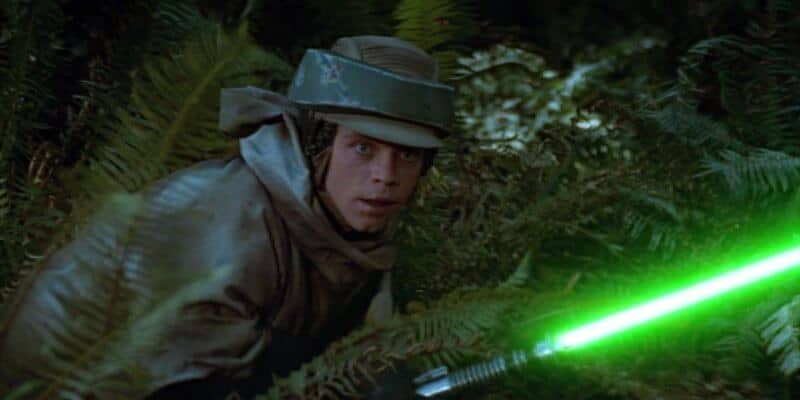 Ever since Jedi Knight Luke Skywalker — by way of a CGI version of original actor, Mark Hamill — made an epic cameo appearance in The Mandalorian Season 2 finale episode, rumors have swirled that a Skywalker series is in development for Disney+.

Now, a new report about the possible show indicates that it will take place following Star Wars: Episode VI – Return of the Jedi (1983) in the Star Wars timeline.

This isn’t exactly shocking information — The Mandalorian takes place about five years after Return of the Jedi, so it serves to reason that Disney and Lucasfilm executives would want to continue capitalizing off of the popularity of the hit Jon Favreau and Dave Filoni series.

Furthermore, since Skywalker is now Grogu’s (AKA Baby Yoda) Jedi Master, there’s a good chance that the tiny green foundling won’t appear in The Mandalorian Season 3 alongside Din Djarin (Pedro Pascal), at least at first.

How could the Luke Skywalker series connect to The Mandalorian?

Since we know The Mandalorian, Ahsoka, and Rangers of the New Republic are set to function as a Star Wars trilogy, of sorts, it would make sense to have the Luke Skywalker series play into the Mandalorian universe as well.

It could join The Book of Boba Fett — featuring Temuera Morrison reprising as the iconic bounty hunter — as a continuation of the Mandalorian saga without being part of the official “trilogy” of shows that are set to culminate in an interconnected streaming event.

This has been widely rumored in recent months and would make sense since Mara Jade first appeared in the Thrawn Trilogy of novels — Grand Admiral Thrawn is expected to make his live-action debut in Ahsoka.

At this time, the Luke Skywalker series remains unconfirmed. Casting is also a mystery, though it seems unlikely that Disney and Lucasfilm would opt to use a CGI version of Hamill for an entire series. More probable is the possibility that the character would be recast, perhaps with Marvel actor Sebastian Stan.

It is also unknown if any other original trilogy characters, such as Luke’s twin sister Princess Leia, will appear in The Mandalorian or any of its spinoff shows. Many want to see a CGI Harrison Ford in a Han Solo cameo in The Book of Boba Fett — perhaps in the Mos Eisley cantina.

Do you think this Luke Skywalker show will actually happen?