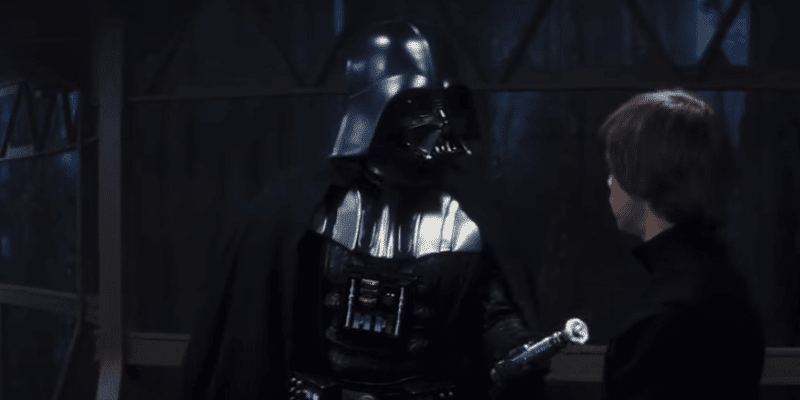 Actress Carrie Fisher, who immortalized Princess Leia, tragically passed away in 2016. Prior to her untimely death, however, CGI was used for a surprise Leia cameo in Rogue One: A Star Wars Story (2016). Fisher was able to approve the young, computer-generated version of herself as she looked at 19-years-old during the original trilogy era.

Then, during the December 18, 2020 airing of The Mandalorian Season 2 finale episode (“Chapter 16: The Rescue”) Mandalorian creator Jon Favreau and executive producer Dave Filoni brought Jedi Knight Luke Skywalker (Mark Hamill) back to the Star Wars universe via CGI de-aging technology that made Hamill’s face look very much like it did during the Star Wars: Episode VI – The Return of the Jedi (1983) era.

Although these CGI cameo appearances by the original trilogy actors are incredibly fun for fans, the scenes are both expensive and time-consuming for Lucasfilm to produce. Furthermore, for more than a brief period of time, it’s difficult to make a computer-generated character look realistic.

You can watch the full Star Wars deepfake video below:

Related: What If Harrison Ford Was in ‘Solo’? This Deepfake Makes It Happen

“Ever since Disney acquired Lucasfilm, fans have speculated about who could play Luke in a project set between the original and sequel trilogies. A popular choice is Marvel Cinematic Universe actor Sebastian Stan, due to his uncanny resemblance to a young Mark Hamill.”

This deepfake proves that Stan could literally fill Hamill’s shoes should the need for a young Luke Skywalker arise again. Although nothing has been confirmed by Lucasfilm, rumors abound that Skywalker — who is now training Mandalorian breakout star Grogu (AKA The Child AKA Baby Yoda) — will appear in either The Mandalorian Season 3 or a spinoff series, possibly even featuring Star Wars Legends character Mara Jade Skywalker.

Although the sequel trilogy was divisive, seeing the original trilogy core trio again after 40 years was poignant for many Star Wars fans.

Back to CGI, there are additional rumors that similar technology could be used to bring a young Harrison Ford into The Mandalorian saga via The Book of Boba Fett, which will air on Disney+ in December 2021. The Mandalorian spinoff will follow bounty hunter Boba Fett (Temuera Morrison) and Fennec Shand (Ming-Na Wen) as they presumably navigate the galaxy’s crime syndicates on Tatooine — sounds like the perfect opportunity for a Han Solo appearance in the Mos Eisley cantina.

Would you like to see Luke Skywalker come back to The Mandalorian saga with Sebastian Stan in the role?