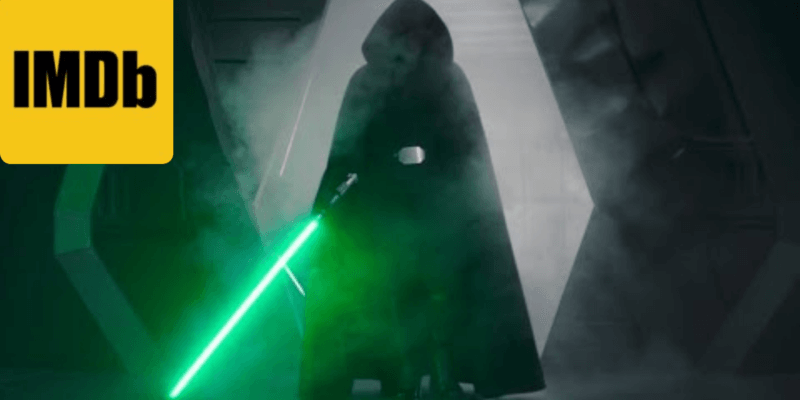 It’s official, The Mandalorian Chapter 16: The Rescue is officially the show’s highest-rated episode to date!

This news follows several other stories that have emerged in the wake of the episode’s release as Star Wars fans and celebrities react to seeing Din Djarin (Pedro Pascal) rescue Grogu (AKA Baby Yoda AKA The Child) from the clutches of Moff Gideon (Giancarlo Esposito).

In the midst of The Rescue, Djarin earned possession of the Darksaber through combat — much to Bo-Katan’s (Katee Sackhoff) chagrin — and removed his helmet to show Grogu his face. Furthermore, Luke Skywalker (Mark Hamill) arrived with R2-D2, destroyed all of the Dark Troopers and took Grogu for proper Jedi training.

Then, to top it all off was the post credits scence announcement of The Book of Boba Fett.

The episode was so popular, that Disney+ crashed due to so many people trying to watch at once.

Chapter 16: The Rescue ranks just above other high-ranking Mandalorian episodes, including Chapter 13: The Jedi — in which Dave Filoni brought Ahsoka Tano (Rosario Dawson) into the live-action Star Wars universe, and she teases the possible return of Grand Admiral Thrawn.

Chapter 14: The Tragedy was also extremely popular, marking the return of Boba Fett (Temuera Morrison) in which he tracks down Din down with the help of  Fennec Shand (Ming-Na Wen) and finally gets his armor back.

The Mandalorian Season 3 is scheduled to be released around Christmastime 2021, along with three confirmed spinoff series: Ahsoka, Rangers of the New Republic, and The Book of Boba Fett. However, the exact plot of Season 3 or any of the planned spinoffs is still unknown at this time. We at Inside the Magic will continue to update our readers as more information comes to light.

Are you surprised The Mandalorian‘s season finale got such a high rating? Why or why not? Let us know in the comments!