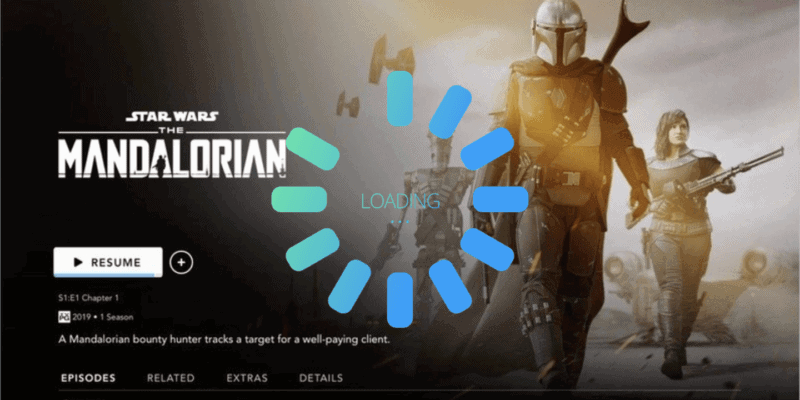 The Mandalorian has become an undeniable pop culture sensation. From ugly sweaters to cereal boxes, there’s nothing Grogu’s (AKA The Child AKA Baby Yoda) cuteness hasn’t touched.

Related: ‘The Mandalorian’: Where Are We Headed?

Due to the popularity of Jon Favreau and Dave Filoni’s hit show, it’s no wonder audiences were desperate to see what happened when the Mandalorian Season 2 finale dropped on Disney+ at midnight PST on Friday, December 18.

So desperate, in fact, that everyone seems to have logged-on at once, ultimately crashing the streaming service for a period of time. ComicBook reports:

…viewers quickly began reporting error messages that prevented the anticipated episode from playing. During the outage, which lasted for about five minutes, frustrated viewers received the following notice when “Chapter 16” went live at midnight: “We’re currently experiencing slow internet connection speeds. Please check to see that you are still connected to the internet, and try again (Error Code 76).”

Without giving any spoilers for those who haven’t yet watched the show, the final episode of the second season of beskar-clad bounty hunter Din Djarin (Pedro Pascal) and Grogu’s adventures was well worth the wait — even if you were one of the Disney+ subscribers who had to wait an extra 15 minutes to press “Play.”

During the Walt Disney Company Investor Day event on December 10, Lucasfilm President Kathleen Kennedy confirmed that The Mandalorian Season 3 and two spinoff series — Ahsoka and Rangers of the New Republic — will debut at Christmas 2021. The trio of interconnected series is set to end in a live-action streaming event, for which no details are currently available.

Ahsoka will follow Star Wars Rebels and Star Wars: The Clone Wars fan-favorite Ahsoka Tano (Rosario Dawson) as she searches for Grand Admiral Thrawn in a bid to save Ezra Bridger.

Additional information about Rangers of the New Republic has not been released, but it could be the rumored Cara Dune (Gina Carano) spinoff. Dune became a New Republic Marshal this season, so it serves to reason that Favreau and Filoni could continue her story in this series.

Did you experience a Disney+ streaming platform crash when you tried to watch The Mandalorian at midnight? If you haven’t watched yet, grab your favorite ‘Baby Yoda toy’ (we prefer plushes!) and settle in for a wild ride!

Comments Off on ‘The Mandalorian’ Finale Crashes Disney+