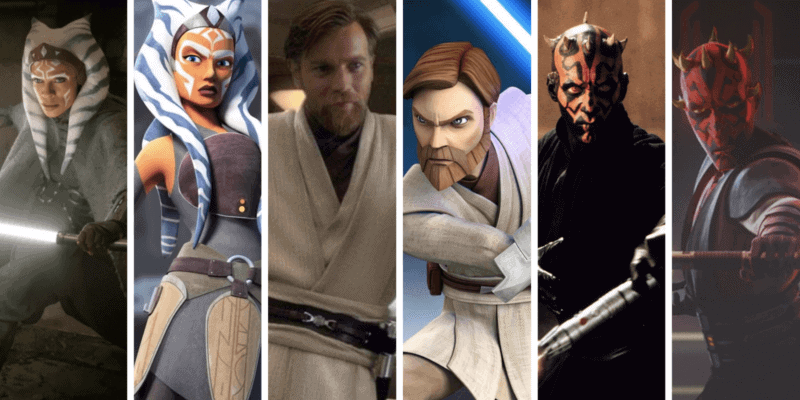 Star Wars: The Clone Wars — which aired for seven seasons between 2008 and 2020 on Cartoon Network, Netflix, and Disney+ — gave rise to Ahsoka Tano (voiced by Ashley Eckstein) and re-introduced some of the Star Wars franchise’s most well-known fan-favorite characters.

Now, as Dave Filoni — the animated show’s supervising director — takes on an increasing number of projects within the Star Wars universe, could we be heading for a live-action Star Wars: The Clone Wars event?

The core cast is already in-place.

The majority of the main characters from the animated series Clone Wars (some of whom also appeared in Star Wars Rebels) have recently appeared — or will soon be appearing — in live-action, some for the very first time. Ahsoka Tano (played by Rosario Dawson in live-action) made her debut in Season 2, Episode 5 (Chapter 13: The Jedi) of Jon Favreau and Filoni’s hit Disney+ series, The Mandalorian.

Since Jango was the model for the clone army, Morrison could portray Captain Rex, Commander Cody, or any other clone solider in a live-action version of Star Wars: The Clone Wars.

Finally, on the dark side of the Force, Hayden Christensen has been confirmed to reprise his role as Darth Vader in the upcoming Disney+ limited-series OBI-WAN KENOBI: An Original Series that is set to take place approximately 10 years after the events of Star Wars: Episode III – Revenge of the Sith (2005) — he could potentially return as Anakin in a Clone Wars event — and rumors have been swirling that Ray Park would play Darth Maul again, as he first did in Star Wars: Episode I – The Phantom Menace (1999).

This leaves Padmé Amidala (Natalie Portman) as the only key Clone Wars character who has not officially announced a Star Wars return in some capacity or another.

The Clone Wars fandom is passionate and they would love to see all of their favorite characters together in live-action for the first time. If anyone can make this happen, it’s the creative team of Jon Favreau and Dave Filoni.

The duo have proven that they know how to do fan service right with The Mandalorian. Undoubtedly, if they did take-on any type of live-action Star Wars: The Clone Wars project, it would be done well — and would connect to everything else Lucasfilm is working on to expand and enhance the Star Wars universe in the next few years.

Lucasfilm is all about limited series right now.

A limited Clone Wars series would be the perfect way to bring the cast to Disney+ without asking them to commit to, potentially, numerous seasons of a streaming show — Dawson, for example, already has Ahsoka to film and may not be willing to sign-on for multiple Star Wars series simultaneously.

Lucasfilm already has multiple mini-series projects in the works, including the aforementioned Deborah Chow-led OBI-WAN KENOBI: An Original Series and the upcoming Lando.

As Disney and Lucasfilm continue to expand the Star Wars franchise and add new Star Wars content to Disney+, the Star Wars fan community certainly has a lot to look forward to, including, possibly an event that brings the core Clone Wars character group together in live-action.

What do you think? Could we see a live-action Star Wars: The Clone Wars event on the Disney+ streaming platform?