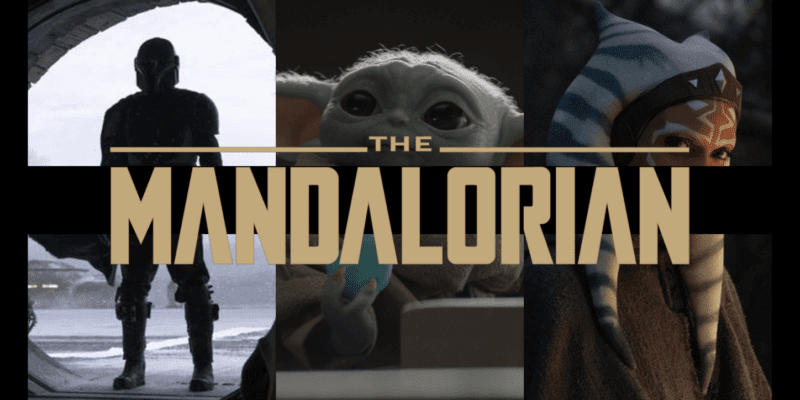 From the time The Mandalorian debuted on November 12, 2019, it changed the landscape of Star Wars — and I’m not just talking about breathing new life into Tatooine’s deserts.

The show has made Star Wars accessible to more people than ever before, thanks, in large part, to a tiny green foundling we now know is named Grogu. During Season 1, “Baby Yoda” drew-in new Star Wars fans who had never seen a single movie or animated television series previously — and, they actually understood what was going on.

In the pop culture vernacular, “fan service” can be something of an unfavorable term, as it’s typically used to reference developments that have no deeper meaning than getting an easy reaction out of viewers…

…one of the best things about The Mandalorian season 2 is that it’s maintained a key aspect of season 1’s appeal. Outside knowledge of larger Star Wars canon isn’t required. Someone who’s never seen Clone Wars or Rebels can still watch and enjoy “The Heiress” and “The Jedi” and understand what’s going on.

The creative team’s been able to pull off this tricky balancing act by making sure each Mandalorian episode is presented from Din and Baby Yoda’s perspective.

Yet, simultaneously, showrunners Jon Favreau and Dave Filoni have also consistently included storylines and ‘Easter Eggs’ for longtime fans of the Star Wars universe — not to mention that the entire pared-down style of The Mandalorian is a little slice of Star Wars heaven for original trilogy fans.

Proof positive: I still miss the R2-D2 trashcans from Indianapolis’s 2005 Star Wars celebration, and I think The Mandalorian is the best thing to happen to Star Wars in a very, very long time.

All you really have to do to discover that The Mandalorian is changing the face of “fan service” in the modern entertainment vernacular is look at the reception Star Wars fans had to the introduction of Rosario Dawson’s live-action Ahsoka Tano in last week’s The Mandalorian Chapter 13: The Jedi.

Dawson’s portrayal of the fan-favorite animated character — voiced by Ashley Eckstein — from Star Wars: The Clone Wars and Star Wars Rebels was almost universally praised online. This is no easy feat.

Star Wars fans are notoriously opinionated — and notoriously fickle — so the acceptance of Dawson’s version of Ahsoka speaks volumes about not only Favreau and Filoni’s ability to almost magically bring Star Wars fans together, but to the fact that The Mandalorian has the uncanny ability to offer “fan service” while still moving Din Djarin (Pedro Pascal) and Grogu’s story forward in a meaningful way.

Related: OpEd: Three Actors That Could Play Admiral Thrawn in ‘The Mandalorian’

With the introduction of more long-time fan-favorite Star Wars characters (and possibly a fan-favorite ship as well) — including Boba Fett (Temeura Morrison) and Bo-Katan Kryze (Katee Sackhoff) — in Season 2, The Mandalorian’s upcoming Season 3 could go anywhere, literally and figuratively.

There are already rumors that series creator Favreau is set to head back to Naboo in 2021.

No matter what happens next, it’s safe to say that Favreau and Filoni have mastered the balancing act between keeping Star Wars fans in almost all demographics happy and creating a new Star Wars story that was an instant classic from the moment it first graced our television screens on the day Disney+ launched.

What do you think? Has The Mandalorian made “fan service” a good thing in an entertainment culture where it has a largely negative connotation?