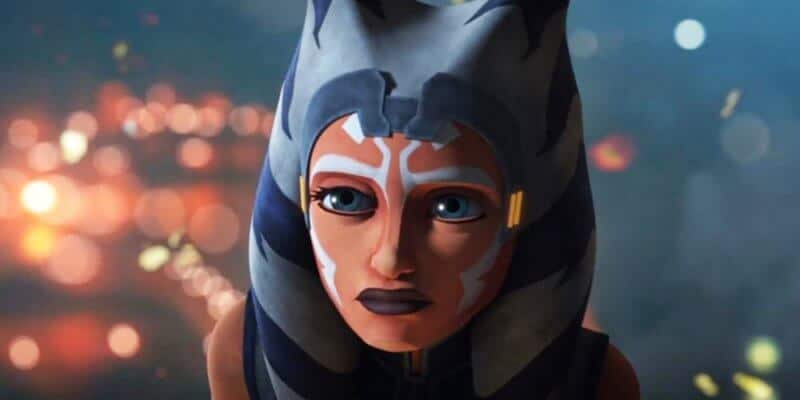 Ashley Eckstein has responded to actress Rosario Dawson’s live-action debut as Ahsoka Tano in Season 2 of The Mandalorian.

Eckstein shared her reaction following the launch of Chapter 13: The Jedi last week. The episode saw Dawson’s version of Ahsoka share details about The Child’s backstory with Din Djarin (Pedro Pascal) and point him towards a “seeing stone” that will all the young foundling — whose real name we now know — to choose his path.

Whether his journey ends up being on the light side or the dark side, we have yet to discover.

Eckstein shared this touching message with her followers:

Millions of people are meeting Ahsoka for the first time after watching her in The Mandalorian and I’m excited for them to hopefully go back and watch her journey in The Clone Wars and Rebels. Millions of fans already know Ahsoka and her presence has come to mean more to them than words in a script.

In Star Wars The Clone Wars, Ahsoka became the eyes of the audience. Viewers experienced the show through Ahsoka, and even though these stories happened in a galaxy far, far away, her feelings and emotions are very relatable to our everyday lives. Ahsoka’s strength has inspired, changed and literally saved millions of lives all over the world.

In turn, Ahsoka has become a beacon of hope, light and genuine goodness. Everyone’s relationship with Ahsoka is very different because she triggers the memory of a certain point in a person’s life where she’s inspired them. Even in the darkest of times, Ahsoka brings people joy and that’s what truly matters.

Ahsoka taught us that, “You don’t need to carry a sword to be powerful…” and Dave Filoni reminded me that kindness is powerful. After 12 years (and hopefully many more to come!) of having Ahsoka in our lives, #AhsokaLivesInAllOfUs now. I am blown away by everyone’s kindness. I’ve read all of your messages, DM’s, comments, text messages and emails and to say “thank you” does not even feel adequate enough to express what your kind words mean to me.

It’s my wish that Ahsoka continues to bring people joy, light and most importantly hope. This is the way of Ahsoka Tano.

Eckstein voiced Ahsoka Tano in all seven seasons of Star Wars: The Clone Wars and the 2008 Clone Wars animated film. For many fans, she was — and remains — synonymous with the character.

Her heartfelt message is sure to continue inspiring Star Wars fans who love all that Ahsoka Tano stands for.

What did you think about Rosario Dawson’s portrayal of Ahsoka? Were you as impressed as many Star Wars fans found themselves?