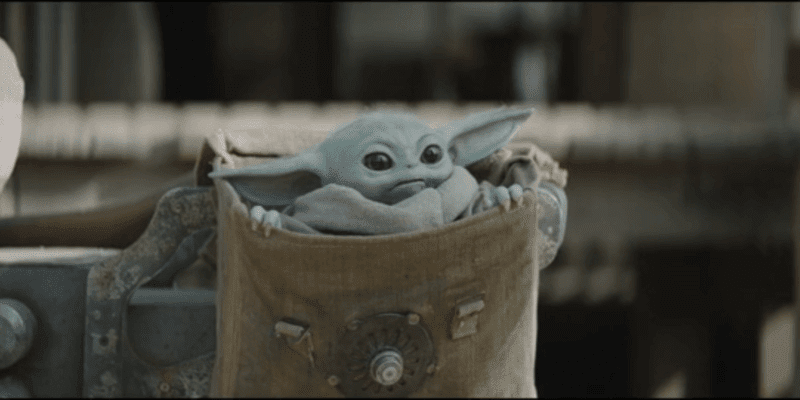 The internet can finally stop telling people to call our favorite Mandalorian character “Baby Yoda”  or “The Child.” Chapter 13 of Disney+’s hit new show, The Mandalorian, has finally revealed the real name of the cutest force-sensitive creature in all the Galaxy!

And his name is Grogu.

The internet-shaking revelation was provided by none other than Ahsoka Tano. When the Star Wars icon made her live-action debut in The Mandalorian, she explained:

“Grogu and I can feel each other’s thoughts,” Ahsoka tells Din Djarin. “At the end of the Clone Wars when the Empire rose to power, he was hidden. Someone took him from the Temple. Then his memory becomes… dark. He seemed lost. Alone.”

In the episode, Ahsoka explains that the 50-year-old Grogu was actually raised at the Jedi Temple on Coruscant where he received training from many Jedi Masters. But Ahsoka refuses to take on Grogu, sensing his extremely strong connection to his Mandalorian guardian that leaves him susceptible to fear and anger.

“I’ve seen what such feelings can do to a fully-trained Jedi Knight. To the best of us,” Ahsoka tells Djarin. “I will not start this child down that path. Better to let his abilities fade.”

Ahsoka then directed Djarin to take Grogu to the deep core planet of Tython.

“There you will find the ancient ruins of a temple that has a strong connection to the Force. Place Grogu on the seeing stone at the top of the mountain. Then Grogu may choose his path. If he reaches out through the Force, there’s a chance a Jedi may sense his presence and come searching for him,” Ahsoka says, adding: “Then again, there aren’t many Jedi left.”

Little blame can be given to Grogu for building such a strong attachment to the man who saved his life and is presumably the closest thing he has had to a father. And there is little doubt that all eyes will be on Mando and Grogu. Will they make it to the Jedi Temple on Tython and what path will Grogu choose?

What did you think of this name and backstory reveal for The Child? Let us know in the comments!