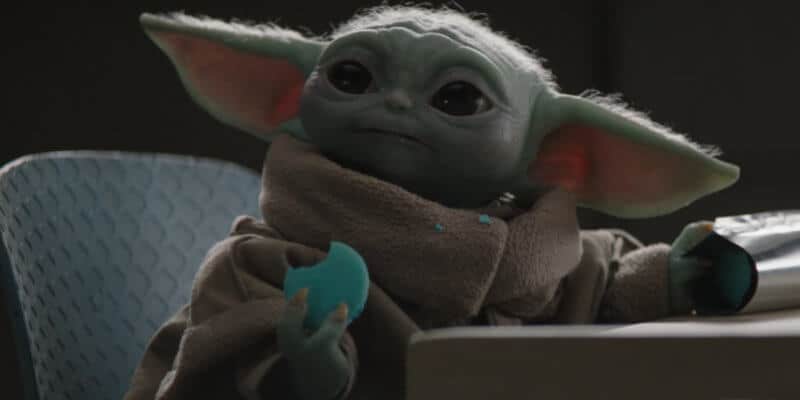 Star Wars: Episode I – The Phantom Menace is set in 32 BBY — that’s Before the Battle of Yavin — placing its events approximately 41 years prior to those in the current Disney+ hit series, The Mandalorian.

Now, the Disney+ show is about to dive headfirst into one of Star Wars’ biggest controversies, started by Obi-Wan Kenobi (Ewan McGregor) and Qui-Gon Jinn (Liam Neeson) four decades earlier (in the Star Wars timeline).

If you’ve seen The Phantom Menace, you may recall Jinn taking a blood sample from Anakin Skywalker to test his midi-cholorian count — which ultimately tests at an “off the chart” 20,000. Obi-Wan Kenobi, Jinn’s Padawan, famously said, “even Master Yoda doesn’t have a midi-cholorian count that high.”

As The Verge relays:

A later scene has Qui-Gon explaining what midi-chlorians are: “a microscopic life form that resides inside all living cells” that provide a connection between living things and the Force. According to Qui-Gon, the midi-chlorians “speak to us, telling us the will of the Force.”

That’s where the controversy starts. The Verge’s assessment continues:

When The Phantom Menace released, many fans railed against the concept of midi-chlorians, arguing that it put an almost Dragon Ball Z-esque quantification on the idea of Jedi and the Force, along with establishing a literal blood right to who gets to be a Force user and who doesn’t.

It was an explanation that seemed miles away from Obi-Wan’s description in A New Hope of the Force as “an energy field created by all living things — it surrounds us, it penetrates us, and it binds the galaxy together.” The original films made it seem like anyone could be a Jedi if they had the will and the training — even a farm boy from the farthest corner of the galaxy.

Following the backlash, midi-chlorians faded into the background, with only oblique mentions in subsequent films and TV series.

Even if you’re only a casual Star Wars fan who has never really thought about the midi-chlorian controversy before, you’re probably going to have to pick a side soon — because The Mandalorian is about to delve in and showrunner Jon Favreau doesn’t do anything halfway.

In last week’s episode — Season 2, Episode 4 – Chapter 12: Sanctuary — Din Djarin (Pedro Pascal) and The Child (AKA Baby Yoda) return to Nevarro where Greef Carga (Carl Weathers) and Cara Dune (Gina Carano) convince Din to help them get rid of an old Imperial base that is reportedly still operating with a skeleton crew.

Upon their arrival, of course, chaos ensues — as it generally tends to in The Mandalorian — and the trio ultimately stumble upon a lab under the direction of Moff Gideon (Giancarlo Esposito).

They view a transmission from Doctor Pershing (Omid Abtahi) — who we saw draw blood from The Child in Season 1 — in which he says:

“Replicated the results of the subsequent trials, which also resulted in catastrophic failure. There were promising effects for an entire fortnight, but then sadly, the body rejected the blood. I highly doubt we will find a donor with a higher M-count though. I recommend that we suspend all experimentation. I fear that the volunteer will meet the same regrettable fate if we proceed with the transfusion. Unfortunately, we have exhausted our initial supply of blood. The Child is small and I was only able to harvest a limited amount without killing him. If these experiments are to continue as requested, we would again require access to the donor. I will not disappoint you again, Moff Gideon.”

The M-count, we can safely assume, refers to the midi-chlorian count of The Child. This also tracks with what we know about Master Yoda’s historically high midi-chlorian numbers since the two are the same species.

Although Favreau, Dave Filoni, and others associated with The Mandalorian are famously tight-lipped about their characters’ story arcs, it seems incredibly likely that we are about to learn more about midi-chlorians than we bargained for this season.

I, for one, am looking forward to hearing The Mandalorian’s explanation of the controversial biological material. So far, the team behind the Star Wars series has a way of breathing new life into storylines that may have previously seemed played-out in a galaxy far, far away — just look what they’ve done for Tatooine.

Where do you think The Mandalorian is going with midi-chlorians? Do you think the controversy regarding their purpose will be resolved once and for all?