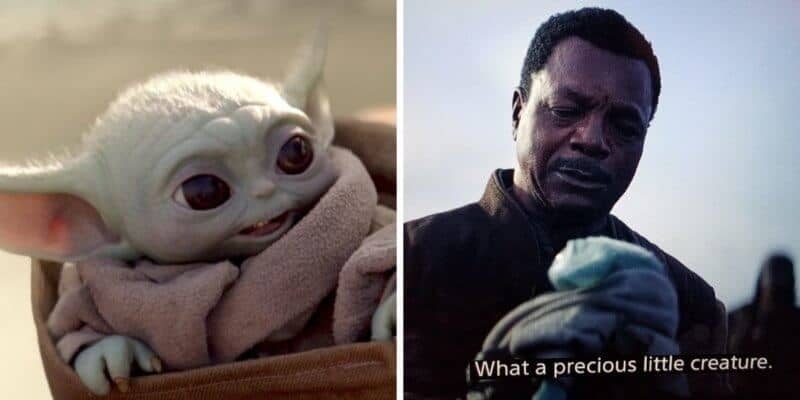 It’s no secret that even though the show is titled The Mandalorian, the breakout star is everyone’s favorite — Baby Yoda.

The Mandalorian is currently airing its second season on Disney’s streaming service, Disney+, with new episodes coming out every Friday. The latest episode, which showed a decent amount of the beloved Star Wars character, was Carl Weathers’ The Mandalorian directing debut, in which, he wanted even more Baby Yoda!

Weathers recently spoke with Empire, in which he explained he thinks the show needs even more of the adorable and beloved character. He explained that as soon as he read through the script, he went ahead and called up the series creator, Jon Favreau, to request that the episode include more Baby Yoda. And thanks to Weathers’ request, the latest episode actually ended up being one of the most popular episodes of the Disney+ show to date!

“I know what the show is about – it’s called The Mandalorian, so that sort of takes care of that,” Weathers told Empire. “But his sidekick, his ward, his little being that accompanies him on his journey, has this sweetness, this obviously childlike quality that we all love in little ones, before they can say ‘no!’ and throw things and have tantrums. When I read the script, one of my comments was to ask John to put more of the Baby in there.”

Chapter 12 of The Mandalorian clearly included a lot of the breakout star, Baby Yoda, but it was done in a classy way (nowhere near overdone). Weathers explains that this had to be done in a way that balanced everything, or else, it wouldn’t have worked.

“The journey that we’re on is fraught with danger and is very action-oriented, and there’s a lot of weapons-fire and bad guys going down and chases and all that good stuff, explosions – it’s like a panoply of all the good stuff in action movies,” he explained to Empire. “But there’s also the Baby – this gentler, softer, sweeter side that comes out of everyone who interacts with him. And that to me was just a wonderful balance. Jon crafted these scenes so beautifully. I’m a fan of the Kid, I’m a real fan. I’d love to see more of him.”

New episodes of The Mandalorian are available to stream on Disney+ every Friday. If you haven’t signed up for Disney+ yet, you can get started by clicking here.

Do you want to see even more Baby Yoda in The Mandalorian? Let us know in the comments below.

Comments Off on MORE Baby Yoda? ‘Mando’ Director Fought For It!