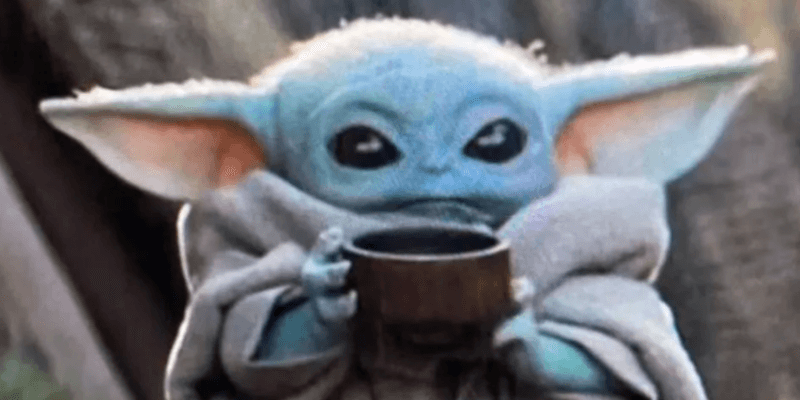 We know him, we love him — Of course, I am referring to Baby Yoda!

This meme took the internet by storm as fans began posting and reposting to their social media pages. But how exactly did this meme get created? Well, director Bryce Dallas Howard weighs in on the subject.

Related: The Star Wars series, The Mandalorian, Season 2 Will Include the Return of Boba Fett

During the ATX Television Festival At Home virtual panel, Howard said that the shot of Baby Yoda drinking actually came about because of her children!

“My kids were on set pretty much every day,” Howard stated. “And even before we came to set, when it was the storyboards for the episode… when we were just conceiving of things, my daughter would come into the editing room and whenever Baby wasn’t on screen, she would lean over to me and be like, ‘Where’s Baby? Where’s Baby? Where’s Baby?’”

Related: Lucasfilm To Use Darth Maul to Bring Ahsoka Tano to The Mandalorian Season 2

Director Bryce Dallas Howard then continued on about how Jon Favreau felt about the subject. “Jon [Favreau] picked up on that, like, ‘Oh yeah — if the kid is wondering where Baby is, then we need to know where Baby is at all times’,” she said.

Both Favreau and Howard then revealed how relatively easy it was to keep Baby Yoda a secret, even though all of their children knew about the Star Wars character. In fact, Howard revealed she “used to have a whole ritual you’d go through with the kids to help reinforce”. She added, “I would remind my kids every day once they were going to school, ‘What do we not talk about? Baby!'”

Jon Favreau also recently said that the filming had wrapped on Season Two of Star Wars series, The Mandalorian, just in time, confirming that new episodes will still premiere on Disney’s streaming service, Disney+, in October as planned!

Are you surprised behind the creation of the Baby Yoda Sipping Tea Meme? Let us know your thoughts in the comments.