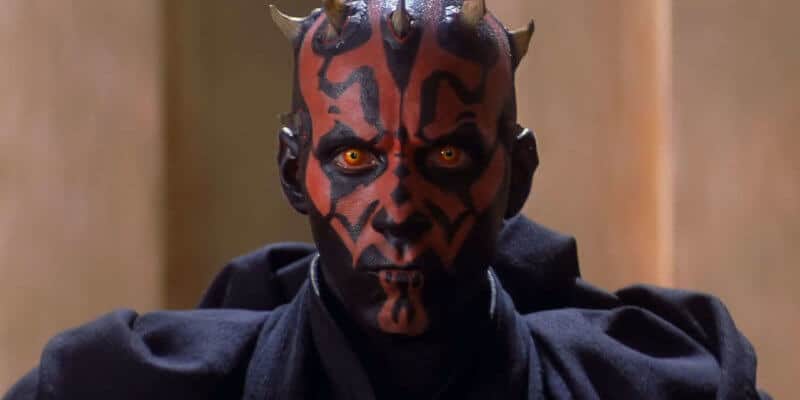 Star Wars’ The Mandalorian recently got big news with the announcement of Ahsoka Tano to appear in the intergalactic series’ season two. However, this news didn’t really put in perspective specific events to introduce this character addition. But thanks to a recent episode of Star Wars: The Clone Wars, it seems the agile Sith Lord Darth Maul may have something very critical to do with it.

Maul recently appeared in Star Wars: The Clone Wars episode Together Again, where we see Ahsoka Tano escape a prison cell where the Pyke Syndicate is holding her. During her escape, she overhears the Pyke Syndicate talking via holo to Darth Maul, who’s just managed to rebuild his shadow collective criminal organization and maintain power on Mandalore.

From this, one could gather that both the Pyke Syndicate and the Crimson Dawn are part of Maul’s group, setting the stage for Han Solo’s Kessel run in Solo.

At the end of Together Again, Ahsoka Tano is reunited with Bo-Katan, the leader of the Mandalorian Nite Owls and sister of Duchess Satine, former ruler of Mandalore that Maul slew to claim power on the planet–she asks Ahsoka for help dealing with Maul.

The siege of Mandalore, where Ahsoka Tano and Clone Captain Rex led a Galactic Republic battalion of clone troopers to apprehend Maul, is one of the final battles of the Star Wars: Clone Wars and will be the final story arc of the series.

According to the Ahsoka novel, the battle sees Ahsoka leading the Army of the Grand Republic on a mission to remove Maul from power on Mandalore. Maul possesses the Darsaber, which is later returned to Bo-Katan in Star Wars Rebels before falling into the hands of Moff Gideon by the time The Mandalorian takes place. This battles is believed to establish Ahsoka’s relationship with the Mandalorian community, setting the stage of her appearance in The Mandalorian season two.

At this time, it’s worth noting that this idea isn’t completely set in stone. However, it would make sense given each series of events within the Star Wars universe.

Besides the reveal of Ahsoka Tano being played by Rosario Dawson, not much else is known about The Mandalorian season two. As we previously reported, from artwork found on Dave Filoni’s Twitter banner, there’s belief that Captain Rex from Clone Wars could appear in the new season as well. Although, this has not been confirmed at this time.

Season two of The Mandalorian is set to premiere on Disney+ in October 2020.

What are your thoughts on Ahsoka Tano joining The Mandalorian season two? Let us know in the comments below!