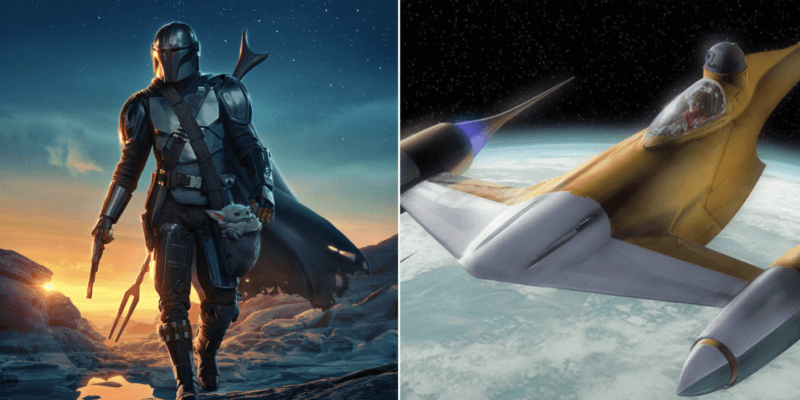 The Mandalorian has taken pop culture by storm. The Disney+ Star Wars series is one of America’s most popular television shows and has prompted dozens of merchandise collections, mostly featuring Grogu — formerly known, affectionately, as “The Child” and “Baby Yoda.”

Thanks to its overwhelming popularity, The Mandalorian Season 3 has already begun development — creator and showrunner Jon Favreau has even confirmed that he intends to start filming on-time in early 2021, previously telling Variety that ongoing pandemic restrictions are unlikely to impact production:

“We’re in very small situations and oftentimes we have a lot of characters in masks,” he said. “And we also have a lot of digital work that augments things. So we’re a show that’s probably well-equipped to be flexible based on the protocols that are emerging surrounding work restarting.”

Now, reports have surfaced that The Mandalorian Season 3 will take fans back to a familiar planet — Naboo.

Naboo first appeared in Star Wars: Episode I – The Phantom Menace (1999) and is the homeworld of Padmé Amidala, Anakin Skywalker’s lover and mother of Luke Skywalker and Leia Organa.

…it has also been rumored that The Mandalorian season 3 will be heading back to some other familiar places in the Star Wars franchise. A Naboo N-1 Starfighter has also allegedly been constructed for the next season. It is reportedly “yellow with a silver underbelly as seen in The Phantom Menace.”

Favreau and Dave Filoni are famously tight-lipped about the storylines in The Mandalorian — they didn’t even announce the existence of Grogu until Season 1, Episode 1 premiered in November 2019.

Therefore, nobody from the Mandalorian camp has confirmed or denied whether a return to Naboo is actually happening. It tracks with how the team has handled the show so far, though, with returns to iconic planet, Tatooine, in both Season 1 and Season 2.

Furthermore, we know there are already some new characters in development for the third season of the hit streaming series.

The only downside to a return to the beautiful planet of Naboo? The Gungans.

What do you think? Will Jon Favreau take fans back to Naboo for the first time in over 20 years — and hopefully not reintroduce Jar Jar Binks — in The Mandalorian Season 3?

Comments Off on ‘Mandalorian’ Season 3 May Be Returning to Naboo