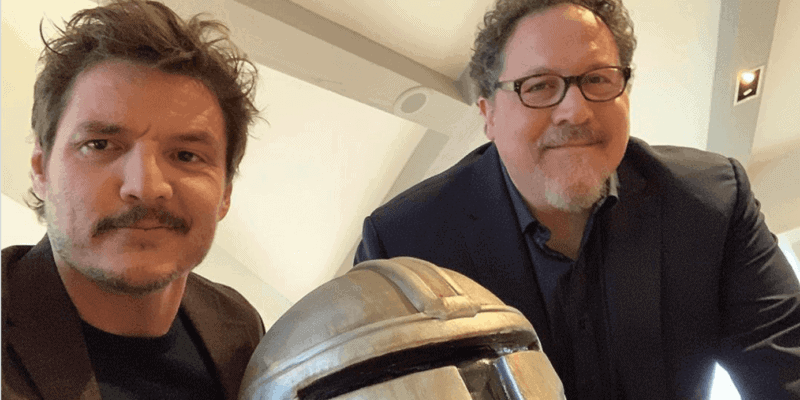 The Mandalorian showrunner and creator Jon Favreau tends to play his cards close to the vest — he didn’t even allow merchandise featuring The Child (AKA Baby Yoda) to be released until after Season 1 of the hit Disney+ series had debuted in order to keep his identity under wraps — but, now, he has opened up a bit about the future of the Star Wars story of the moment.

Speaking to Variety, Favreau was joined by Mandalorian star Pedro Pascal (Din Djarin) — who graces the cover of the magazine’s October 14 issue — as he talked about what’s next for the popular series after Season 2 premieres on October 30.

Favreau spoke about the fact that he hopes to continue production of Season 3 on schedule, even if the pandemic is still ongoing at that time.

[He plans to begin] “on schedule” to start production on Season 3 of the series “before the end of the year” — after Pascal wraps shooting in Europe on the feature film “The Unbearable Weight of Massive Talent” with Nicolas Cage.

“We’re in very small situations and oftentimes we have a lot of characters in masks,” he said. “And we also have a lot of digital work that augments things. So we’re a show that’s probably well-equipped to be flexible based on the protocols that are emerging surrounding work restarting.”

Now, the likelihood of Season 3 of the popular series debuting in 2021 seems even more likely, thanks to a Slovakian Disney+ YouTube advertisement [full video below]. This commercial clearly states “Mandalorian: Seria [Series/Season] 1, 2, & 3.”

While neither Favreau nor anyone else on the Mandalorian team has officially confirmed a release date for the third season of the show, next fall would make sense as a target date. Season 1 debuted on Disney+’s drop date of November 12, 2019, while Season 2 followed on October 30, 2020.

Variety also noted that The Mandalorian is likely to spark new stories and series — presumably told by Favreau and Dave Filoni — within the Star Wars universe. It has become a pop-culture sensation — even those who have never watched a single Star Wars movie are obsessed with Baby Yoda — and Disney’s recent restructuring is likely to lead to even more Star Wars content on the streaming service.

In a February earnings call, Disney’s then-CEO Bob Iger said that after the Season 2 premiere of “The Mandalorian,” future seasons will include “the possibility of infusing [the show] with more characters and the possibility of taking those characters in their own direction in terms of series.” In other words, expect “The Mandalorian” to spawn its own “Star Wars” creative universe.

Finally, Favreau left Mandalorian fans with this, a teasing “maybe” about whether or not Mando, The Child, Cara Dune (Gina Carano), Ahsoka Tano (Rosario Dawson), and other characters will ever make it to the big screen:

“The line is blurring now,” said Favreau. “Things that you would have only seen in the movie theater, you’re seeing on streaming, and I think it could go the other way as well.”

Whether that means Pascal’s tight-lipped bounty hunter could end up on a movie screen remains a tantalizing if uncertain possibility. Favreau said he’s in “no rush” to push the show beyond a streaming series. “But we’re definitely open to it,” he added, “and excited to see where the story leads us and have that flexibility — because there’s no rulebook now.”

Anything could happen. After all, the future of Star Wars movie storylines is a bit up-in-the-air after the 40-year Skywalker Saga ended last year with Star Wars: Episode IX – The Rise of Skywalker.

Would you love to see Baby Yoda & Co. star in a movie? Are you excited that Season 3 of The Mandalorian has been confirmed?

Comments Off on ‘Mandalorian’ Season 3 Confirmed For 2021 Release?