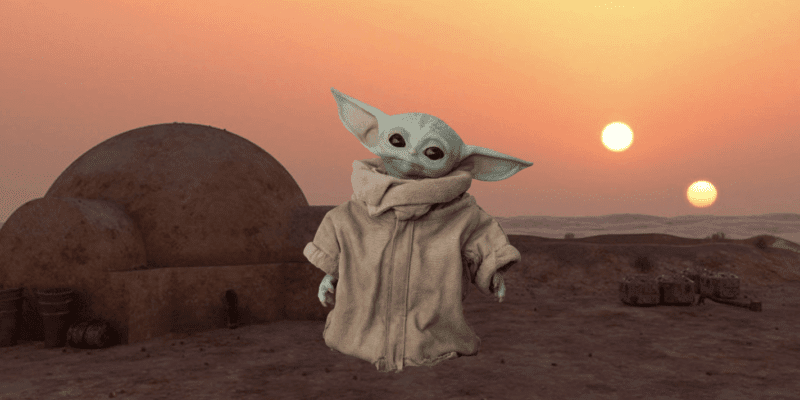 This week, Star Wars released some official sneak peek photos of The Mandalorian Season 2, giving fans a taste of what’s to come in the hit Disney+ series.

New adventures await… Check out the new images from the second season of #TheMandalorian as seen in @EW. New episodes start streaming Oct. 30 on #DisneyPlus. (2/2) pic.twitter.com/RA2M1kqFRi

One of the most notable takeaways from this set of seven images is the Tusken Raider riding a Bantha. This indicates that The Mandalorian will take viewers back to Tatooine, which was first introduced to Star Wars fans as Luke Skywalker’s home world over 40 years ago in Star Wars: Episode IV – A New Hope.

In Season 1 of The Mandalorian, Din Djarin and The Child (AKA Baby Yoda) visit the Mos Eisley Cantina on Tatooine, so showrunner Jon Favreau has already transported fans of the Star Wars series to the popular planet once.

Tatooine was a sparsely inhabited circumbinary desertplanet located in the galaxy’s Outer Rim Territories. It was the homeworld of Anakin and Luke Skywalker, who would go on to shape galactic history. Part of a binarystar system, the planet was oppressed by scorching suns, resulting in the world lacking the necessary surface water to sustain large populations. As a result, many residents of the planet instead drew water from the atmosphere via moisture farms. The planet also had no natural surface vegetation.

Initially inhabited by native Jawa and Tusken Raider species, it saw a population explosion following the search for valuable mining deposits on the planet’s silicate surface.

Since Tatooine has played such a prominent role in the Star Wars story, it’s nice to see it returning once again in the second season of The Mandalorian.

Are you looking forward to returning to Tatooine? Let us know in the comments below.