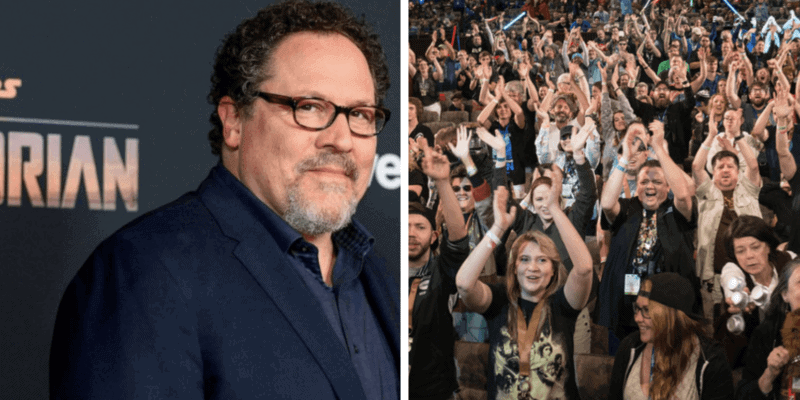 If you’re a Star Wars or Marvel fan, you know Jon Favreau. He’s the mind behind numerous Marvel movies and the Disney+ hit The Mandalorian. Now, he has recently spoken out about how he believes it is crucial for Star Wars creatives to listen to the fandom’s opinion when it comes to the overarching storyline within the Star Wars universe.

Favreau recently granted an interview to THR about multiple Walt Disney Company projects he’s worked on, including The Mandalorian, Marvel Studios’ Iron Man, and the live-action version of The Jungle Book.

During the interview, Favreau talked about how show business isn’t a “one-way street” and how crucial the ability to “read the room” is to success, something he learned performing improv comedy in Chicago years ago. He stated:

When it comes to the upcoming second season of The Mandalorian, Favreau has definitely heard the fan base loud and clear. Although we don’t know many solid details about the storyline of Season 2, we know that many fan-favorite characters, specifically from the animated series Star Wars: The Clone Wars are returning in live-action form.

Favreau also knew that fans have long wanted more of bounty hunter Boba Fett, so he cast Temuera Morrison in the role for Season 2 of The Mandalorian.

The sophomore season of The Mandalorian is slated to air on Disney+ in October 2020. Season 3 of the streaming Star Wars series has already begun development, so we’ll have to see what creator Jon Favreau and the rest of The Mandalorian showrunner team have in store for the Star Wars fan base in 2021.

To go behind the scenes of the Star Wars series right now, don’t miss a single episode of Disney Gallery: The Mandalorian, streaming now.

What are your thoughts on Jon Favreau’s comments about the importance of fans’ opinions?