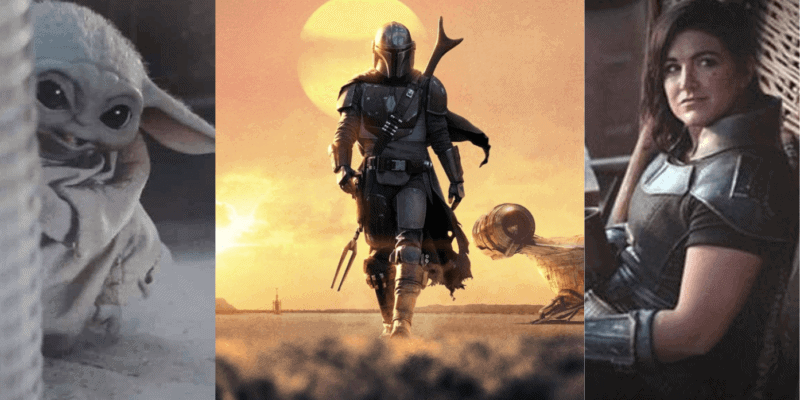 When Disney+ launched on November 12, 2019,  Season 1 of The Mandalorian became an instant hit. Not only were Star Wars fans drawn in by this under-explored segment of the galaxy’s timeline, but just about everyone fell in love with The Child (AKA Baby Yoda).

Now, as per a Variety report, The Mandalorian Season 3 is already in development for Disney’s streaming service. Variety.com announced, “Jon Favreau has been ‘writing season 3 for a while,’ and that the art department, led by Lucasfilm vice president and executive creative director Doug Chiang, has been creating concepts for Season 3 ‘for the past few weeks.'”

The cast and crew of The Mandalorian were lucky that they wrapped Season 2 filming in early March, before Walt Disney Studios halted film and television production until the current pandemic is under control. This means the second season of the popular Disney original streaming series should air in October 2020 as announced.

According to the Variety article, a source who is working on Season 3 of The Mandalorian stated, “We’ve just started pre-production and are looking into further adventures for the Mandalorian in Season 3.”

While we don’t know many details about the storyline The Mandalorian Season 2 will follow, the Season 1 finale made it clear that the Mandalorian will be searching for The Child’s home planet. Furthermore, Ahsoka Tano (Rosario Dawson) and an unnamed bounty hunter (Michael Biehn) will appear.

Although George Lucas’s involvement with the Star Wars universe will end with the series finale of Dave Filoni-produced Star Wars: The Clone Wars on May 4, fans have a lot to look forward to in the near future.

Also on Star Wars Day, May 4, Disney Plus will launch a streaming mini-series that delves into the making of The Mandalorian. Jon Favreau will host roundtable discussions and fans will get to see behind-the-scenes of the hit show. This is especially exciting now that we know the series will continue for at least Season 2 and Season 3.

In the world of publishing, the Lucasfilm team has announced that Star Wars: The High Republic will start hitting shelves later this year. This publishing initiative will take place about 200 years prior to Star Wars: The Phantom Menace at the height of the Jedi Order.

In High Republic graphic novels, readers will be introduced to new characters and storylines that explore the pinnacle of the Republic.

What upcoming Star Wars release are you most excited about? What do you hope happens in The Mandalorian Season 3? Tell us in the comment section!

Comments Off on Details Inside: “The Mandalorian” Season 3 is Already in Development!