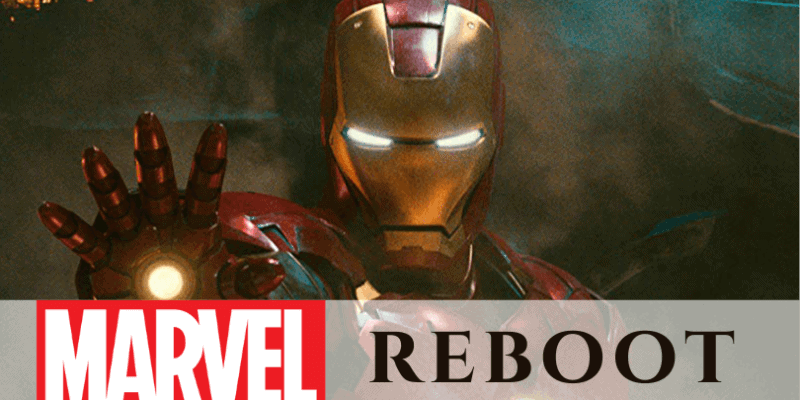 Iron Man is back in a brand new rebooted comic book series coming this September.

The series simply titled Iron Man, aims to bring Tony Stark back to his roots after years of continuity had him turn into artificial intelligence and, well, die.

Related: Marvel Confirms the Return of the Sinister Green Goblin!

The cover art for the first issue as well as the design for the new armor will be drawn by legendary comic book artist Alex Ross. The story will be handled by acclaimed writer Christopher Cantwell, who was pretty excited about helming a new Iron Man comic;

I’m over the moon about getting a shot at writing the Golden Avenger. Since Bob Layton’s art in the 1980s captured my imagination as a kid, I’ve been fascinated by Iron Man, and in this new story run I’m aiming to explore the question: who should Iron Man be today? An angel? A god? Or just a humble man?” said Cantwell. “Tony’s going to try and strip the idea of Iron Man all the way down to its metal core, something that will constantly be at odds with his giant ego. We’ll see if he can truly keep his arrogant self-image in check, even as others with god complexes set their sights on the entire universe.

Cantwell is no stranger to writing for Marvel graphic novels, as he’s previously worked on the beloved Doctor Doom miniseries among other Marvel projects.

It’s not yet been revealed how everyone’s favorite billionaire superhero will return to the new Iron Man comics, though it’s exciting to imagine all the weird and wonderful ways that Marvel comics will reboot him.

Marvel has even given us a fabulous trailer which shows off the amazing new art from Ross and that divine suit of armor. It’s retro, it’s clunky, and it’s much more like the original 1960s armor than the post-Extremis suit that we’re used to. That streamlined look is also what we’ve seen Iron Man‘s armor evolve into in the Marvel Cinematic Universe movie adaptations. Take a look at the awesome trailer for yourself!

Iron Man #1 will be available in comic shops from September this year. Check out this amazing wraparound art by Alex Ross in the meantime!

Related: How to Watch All 23 MCU Movies in Chronological Order

Are you excited for the Iron Man reboot series? Let us know in the comments below.