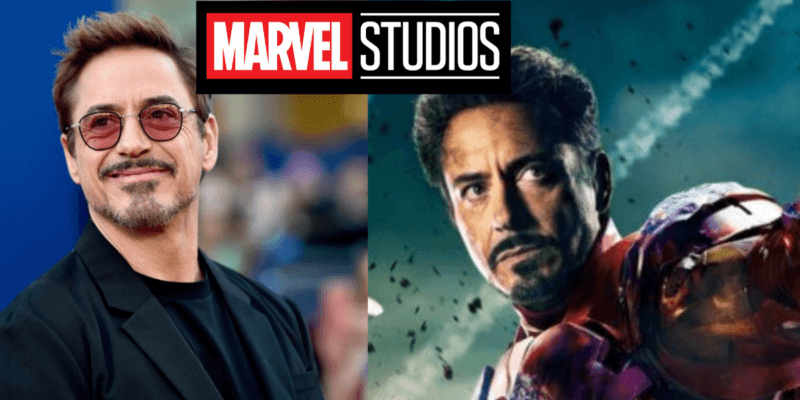 Two things that seem insane to consider in today’s Marvel Cinematic Universe: our beloved Don Cheadle was not War Machine and Robert Downey Jr was not the highest-paid actor in his debut movie.

But that’s the way things were back when Marvel Studios released its first entry into the MCU in 2008: Iron Man.

Well, the actor who was originally War Machine; one Terrence Howard says that he played a big part in getting RDJ his role in Iron Man, only for the iconic avenger and the man Howard called friend to ghost him and take his share of the dollar in Iron Man 2.

Related: How to Watch All 23 MCU Movies in Chronological Order

Hollywood is a fickle game; one day you’re the top paid actor, the next, you’re second fiddle to a man that until a year ago, no one thought could lead a franchise.

That’s what Terrence Howard says happened to him after filming wrapped on Iron Man. Howard gave a great turn as Tony Stark’s best friend, James Rhodes AKA War Machine and Marvel fans were generally pleased with his performance.

Howard says that he was all set to star in at least a second film and one more sequel, but possibly even the entire Marvel series. However, after the first film, the original War Machine was allegedly fired after a pay dispute.

Terrence Howard says that this is due to RDJ, who failed to back him up when the studio offered Howard a significantly reduced rate for Iron Man 2. You see, Howard claims he, along with Director Jon Favreau and Producer Kevin Feige had to convince Disney and Marvel higher-ups that Downey Jr was perfect for the role of Iron Man. Howard claims he even took a pay cut of $1million, but when it came down to Iron Man 2 and Howard was told he’d be paid far less than he was in the first Iron Man, RDJ ignored his calls until it was too late.

The role of War Machine eventually went to Cheadle, who would go on to star in further Marvel Cinematic Universe movies like Avengers: Age of Ultron, Infinity War, and Endgame.

Take a look at what Howard had to say about the Iron Man franchise and Downey Jr in particular;

Let’s take a look at some of those quotes;

“They came to me [for] the second and said, ‘We will pay you one-eighth of what we contractually had for you, because we think the second one will be successful with or without you,’”

“It turns out that the person that I helped become Iron Man, when it was time to […] re-up for the second one took the money that was supposed to go to me and pushed me out,”

Yikes. Given that Downey would go on to star in two more Iron Man films and spawn a huge franchise, it’s not hard to see why Howard is annoyed if this is true

After Iron Man became a smash hit, RDJ starred in all four Avengers movies, Captain America: Civil War and Spider-Man Homecoming. It’s actually easier to find an MCU film that he hasn’t been in! Marvel fans took to Downey instantly as he cemented himself the definitive superhero actor alongside veterans like Hugh Jackman and Christian Bale. Terrence Howard sadly has not been afforded that privilege.

Bear in mind that the Empire star was a much ‘bigger deal’ at the time, and Downey was famously only paid $500,000 for his role as Iron Man.

He earned $75 million for his portrayal as the character in Avengers: Endgame alone. I’d say that’s enough money to take on Thanos, Ultron, and Loki combined.

Robert Downey Jr has never commented on these claims.

The original Iron Man remains a classic and is available for streaming on Disney Plus. It stars Robert Downey Jr as Iron Man, Terrence Howard as War Machine, and Gwyneth Paltrow as Pepper Potts.

Do you think what Terrence Howard says about RDJ is true? Let us know in the comments below.