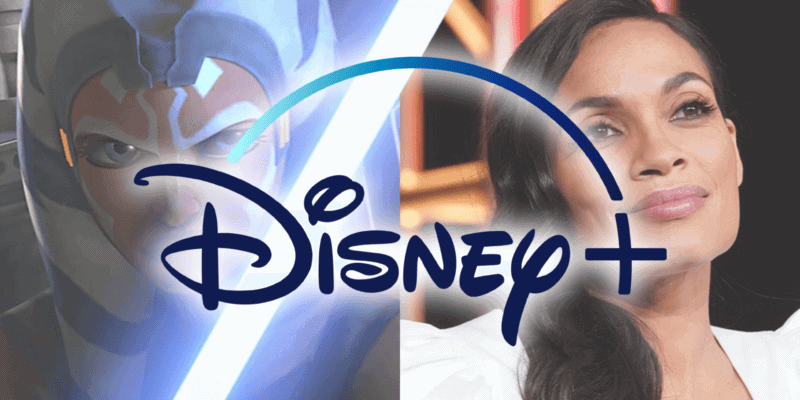 As we’ve recently reported, Ahsoka Tano has already been confirmed to be appearing on the second season of The Mandalorian on Disney+. However, now there are reported rumors pointing to the character moving beyond this supporting role and into her very own Star Wars story in a series on Disney+.

As shared by Comicbook.com, the rumor comes from @DanielRPK who states the character, who will be played by Rosario Dawson, will get her own series on Disney+ after appearing in The Mandalorian — which is believed to fall in-line with older rumors stating Dawson’s contract with Lucasfilm was for more than just The Mandalorian.

As we’ve previously reported, following the news of Rosario Dawson being confirmed for the role, the idea of Ahsoka Tano receiving her own series isn’t crazy as Dawson is an established actor and The Mandalorian has only been focused on Mando and his relationship with “The Child” as of yet–a storyline which cannot continue forever.

However, one possible storyline that could occur and include Ahsoka Tano could see Mando handing over The Child to Tano, which could lead to her series picking up from there.

This isn’t confirmed, but Star Wars fans are already hyped for The Mandalorian and the idea of adding Ahsoka Tano to this show may be too much story for one series.

Upon the premiere of Dawson’s debut as Ahsoka Tano in The Mandalorian, this will be the first time the Star Wars character will ever be portrayed in live-action form after being voiced by Ashley Eckstein in all seven seasons of Clone Wars, the final season of which is currently airing on Disney+

Season 2 of The Mandalorian is expected to drop this fall on Disney+. If you are not yet signed up to the streaming service, click here.

What are your thoughts on the possibility of an Ahsoka Tano stand-alone series on Disney+? Let us know in the comments!