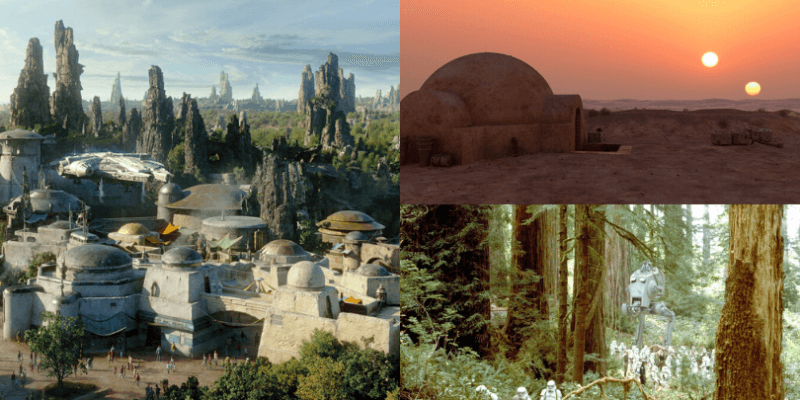 In an interview with WDW Radio host Lou Mongello, former Walt Disney World Resort Vice President Dan Cockerell shared more details about how Star Wars: Galaxy’s Edge came to be, shedding some light on where the land was originally going to be set in the Star Wars universe.

The Walt Disney Imagineering team began discussing the possibility of a Star Wars land right after Disney purchased Lucasfilm, and the team in Florida concluded that if they were to bring Star Wars to life, it would have to be at Disney’s Hollywood Studios. “It seemed to fit the best, and it was the park that needed an update the most,” Cockerell said.

“The Indiana Jones theater, that was going to be the heart of the Star Wars land…the Mos Eisley Cantina, that was going to be right across from Star Tours, and we had all kinds of great concepts with that. And we’d gotten way down the path on art drawings, we hadn’t gone into architectural drawings or anything.”

But one day, Cockerell and his team got a call after Bob Iger met with Kathleen Kennedy. And, according to the interview, it seems like it was Kennedy and Iger’s discussion that completely changed the direction of Star Wars land.

Cockerell said, “Kathleen Kennedy, her point of view was, there are way more Disney Star Wars stories ahead of us than behind us. So we really should think about, do we want to build a Tatooine and build what all the 50-somethings remember Star Wars is? Or do we want to build something else which is going to appeal to all the upcoming generations who are going to know the new stories?”

He continued, “And that day, Tatooine was killed at the studios, and all those concepts were put on a shelf. And I’m sure they’re sitting in a vault, and I’m sure people are going to be shown someday — about what that land would have looked like and what the attractions were going to be.”

Mongello also followed up by asking Cockerell if, when he walks through Star Wars: Galaxy’s Edge, he can feel or imagine any of those early conversations or designs back from the early concepts of the Star Wars-themed land at Hollywood Studios (which also has a twin version at Disneyland park at California’s Disneyland Resort).

Cockerell shared that Galaxy’s Edge was intended to be “just a planet that existed in the Star Wars universe, that didn’t have too much story associated with it so that it could be a place where all the Star Wars characters could visit.”

He continued to share that this is an approach that Imagineering takes that is highly important: Disney never wants anything they build to become outdated eventually or even too quickly.

“When I walk through Galaxy’s Edge, I’m certainly picking up, there’s a lot of remnants as people look at it. And you can see some of Tatooine there, and some of kind of what that feel was. But obviously you’ve added the other green areas and that. But it was designed to be timeless.”

Listen to Lou Mongello’s full interview with Dan Cockerell online here. At around the 16:30 minute mark, Cockerell begins speaking about Galaxy’s Edge (or pre-Galaxy’s Edge, we should say).

Do you think Disney Parks and Resorts made the right call by setting Star Wars Galaxy’s Edge on Batuu? Or should they have gone with the original plan? Let us know in the comments!