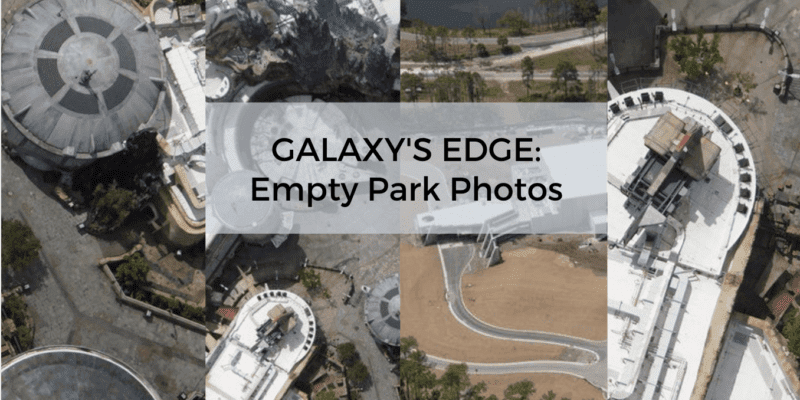 If you’ve ever wondered what an abandoned Rebel outpost would look like, these images of a completely empty Galaxy’s Edge will leave you awestruck. The Disney Parks team did such an amazing job constructing Batuu that it truly feels like you’re on another planet when you walk through the gates.

That makes these pictures of the vacant Star Wars-themed Disney Parks land even stranger to behold. The attention to detail in Galaxy’s Edge almost tricks your mind into thinking that you’re seeing a legitimately abandoned Millennium Falcon (I know, I know, Han would never).

Also eerie are empty pathways in the normally bustling Blackspire Outpost, where Galaxy’s Edge Cast Members do an incredible job of making shoppers feel as though they’ve actually stumbled upon a marketplace on an Outer Rim planet.

Quick service restaurants Docking Bay 7 and Ronto Roasters, which is part of the Outpost, are also utterly uninhabited in this image.

Adding to the overall strangeness of seeing an abandoned Galaxy’s Edge is this look at the Disney’s Hollywood Studios parking lot. In an earlier look at the empty Disney World park just days after the closure, a few cars, presumably belonging to essential workers, still remained.

In this more recent photo, however, the DHS parking lot is entirely empty.

Finally, we see the construction progress on the Galactic Cruiser resort. Where one would expect to see a busy construction team, there is only abandoned equipment. The Disney starship hotel project was halted along with all other current Walt Disney World and Disneyland construction projects.

The ship, called the Halcyon, will provide guests with an immersive three day experience. Although pricing has not yet been released, some rumors indicate it will be similar to Disney Cruise Line stateroom costs.

What are your thoughts these Galaxy’s Edge empty park photos?  What do you plan to do first when WDW reopens?