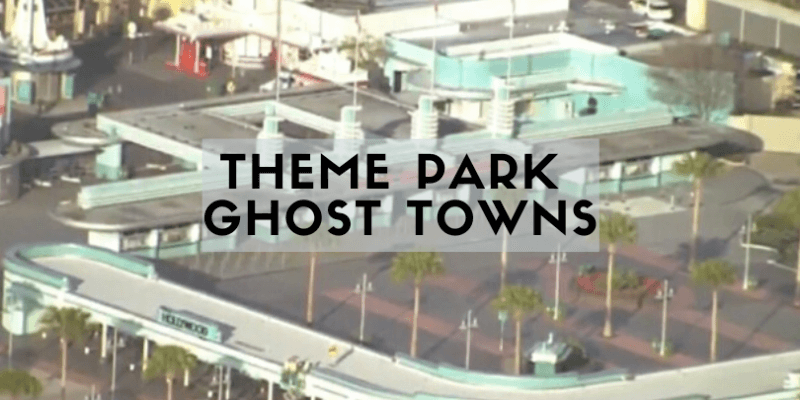 If  you haven’t had “It’s the End of the World As We Know It” stuck in your head the past few days, these photos of empty Orlando theme parks just might make you start humming it. Coronavirus concerns have shut down major Orlando theme parks — Walt Disney World Resort, Universal Studios Orlando, and SeaWorld Orlando — and they look like ghost towns.

Shared by Orlando-area reporter Jerry Hume on Twitter, the images are a little bit eerie and definitely shocking to anyone who is used to Disney World and Universal Studios’ usual crowds! Here, we see the queue at Disney’s Hollywood Studios, which is typically packed with people waiting to visit Toy Story Land and Galaxy’s Edge.

CLOSED: Sky 13 shows us an empty #Disney's Hollywood Studios due to the #Coronavirus. #N13COVID19 pic.twitter.com/lrSc9H8R9T

EPCOT was equally barren, with none of the typical crowds surrounding Spaceship Earth and the only cars in the parking lot presumably belonging to Cast Members performing maintenance or other essential work.

EMPTY: #Disney's #EPCOT closed in these views from Sky 13, due to #coronavirus. #N13COVID19 pic.twitter.com/L3T4kmDhAi

Orlando’s WKMG6 News shared a video of Disney World Resort looking like a ghost town. Disney fans can only hope the parks are able to reopen soon so the magic can come back to life!

SKY 6 OVER DISNEY: Theme parks are closed through March due to the coronavirus. Here's a look at Disney World, which is a ghost town. More info here –> https://bit.ly/2U3v6bW

At Universal Studios Florida, the scene was identical. Where there are normally hoards of park goers taking photos at the entrance, there were only empty paths.

SHUTDOWN: Sky 13 shows us an empty #Universal Orlando due to #coronavirus. #N13COVID19 pic.twitter.com/pWHWNXYD2b

Universal Studios’ Islands of Adventure Park was also deserted, with shops that are usually teeming with guests sitting vacant. Volcano Bay Water Park has the appearance of an unoccupied tropical island.

NOT OPEN FOR BUSINESS: #Universal's Islands of Adventure & Volcano Bay are also closed due to #Cornoavirus. #N13COVID19 pic.twitter.com/venVBGZSJf

SeaWorld Orlando is also closed starting today amid the COVID-19 threat. The park’s rides and amphitheaters were completely empty this morning at the time of Hume’s Tweets.

Currently, all Florida theme parks that have been closed by the COVID-19 pandemic are expected to reopen as quickly as possible. Park officials at WDW, Universal, and SeaWorld are working closely with government agencies and healthcare experts to determine when it is safe to let guests return.

Stay tuned to Inside the Magic for breaking updates regarding park closure information and potential reopening dates.