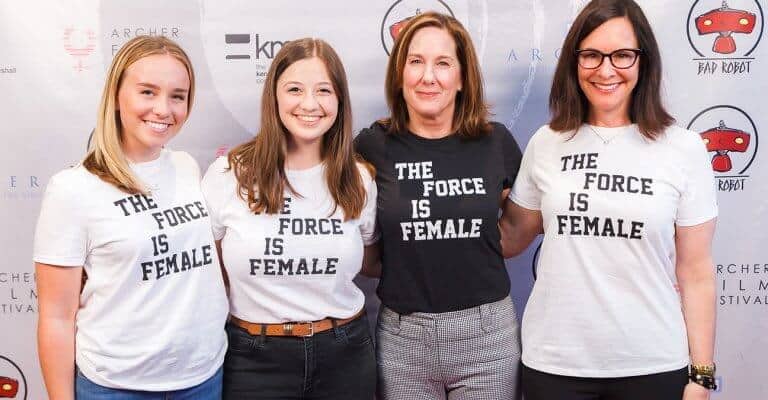 Credit: The Archer School for Girls

Now that the Skywalker Saga has come to an end with The Rise of Skywalker, it’s safe to say that Lucasfilm is now looking ahead to what’s coming next with Star Wars films. Lucasfilm President Kathleen Kennedy recently went on record to say that future movies will finally have a female director.
When asked in a recent interview she said, “We’ve got two or three fantastic women working with Star Wars.”
By this, she’s clearly referring to the work done on the first series of The Mandalorian. This featured the incredible work of Deborah Chow and Bryce Dallas Howard who both directed episodes during the first season run of the hit show. Deborah Chow has since been hired once again to work on the Obi-Wan show in the works for Disney+.
When asked if a Star Wars movie will get a female director soon, Kennedy went onto say, “Oh absolutely. Without question.”
It’s fantastic that Kathleen Kennedy is bringing such great female talent into Star Wars, after what has been a 40-year history dominated by men. That being said, let’s hope the series continues to attract the best talent no matter who is directing and where they are from. It will be great to see a Star Wars female director behind a film within the Star Wars franchise.
In recent years, we’ve seen the likes of Rian Johnson, J.J. Abrams and series creator George Lucas direct. Someone like Howard or Patty Jenkins (of Wonder Woman fame) would likely do a great job directing a Star Wars film.
You’re never going to please all Star Wars fans but the next episode is bound to be something very different to what we’ve seen before. Whatever happens, the next film is unlikely to feature any characters such as Luke Skywalker, Kylo Ren, or Rey. Rumors suggest the next set of films will take place before all of these characters were even born, back to when the original Yoda was Baby Yoda in the days of the High Republic.
Either way, we think it’s a very exciting time to be a Star Wars fan.

What do you think about the Star Wars franchise getting its first female director behind one of the movies? Let us know in the comments below!