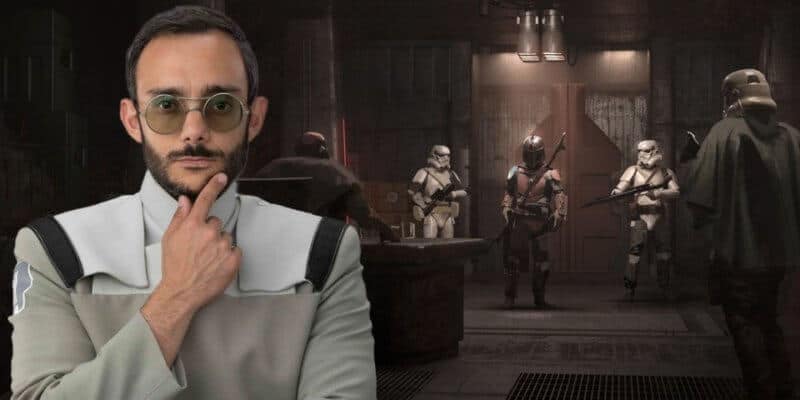 Jon Favreau’s The Mandalorian has taken Disney+ by storm. The all-new Star Wars-based series has broken the internet a few times with its adorable green Baby Yoda-esque character referred to as “The Child,” and the new series has been among some of the most often streamed content of any streaming platform since it first debuted on November 12.

But for all its popularity, Favreau’s new project that tells the story of a somewhat stoic bounty hunter of few words from Mandalore has been found guilty of at least one offense. The new series has been so bold as to break one of George Lucas’s specific (somewhat absurd) rules about space: no glasses.

George Lucas, the formidable creator, writer and director of Star Wars wears glasses himself, so some might just think he didn’t want glasses in his films because of problems that arise with reflections and glares with glasses. And while that might be partially true, the real reason the Star Wars savant put a nix on glasses in his galaxy far, far away is a bit simpler: there are no glasses in space because there should be no need for them in space.

Lucas once opined that in an era like that in which the Skywalker Saga takes place, surely corrective lenses would be a thing of the past, especially since civilization and society during that time communicates with holograms, creates droids to carry out daily tasks, uses automated systems and conducts everyday activities thanks to a heavy reliance on audio and visual communications. With these types of technological advancements, who inside the Star Wars universe truly has a need for reading anyway?

Fans of The Mandalorian will recall the character named Pershing who appears in the first and third episodes of Favreau’s new saga, and superfans will recall that Pershing, a doctor and scientist employed by the Empire who was given the job of performing experiments on The Child–none other than Baby Yoda himself. And Pershing wears glasses in every scene in which he plays a role.

What does this mean about the Star Wars universe? Was Lucas wrong? Are corrective lenses somewhat more advanced than he thought? Let us know what you think below.