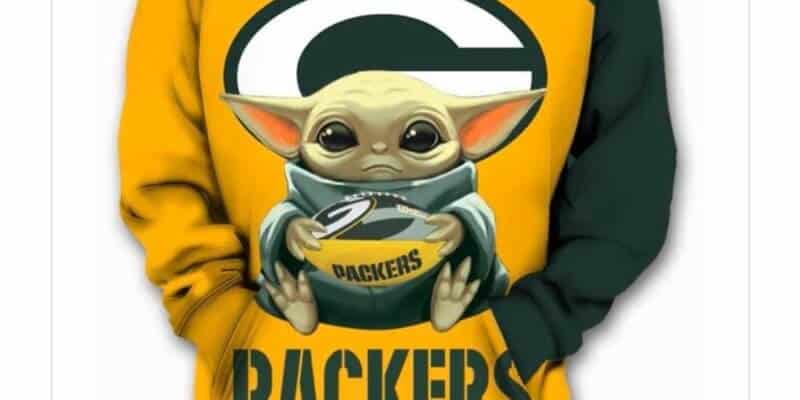 Yesterday was a big day for the final NFL teams not yet defeated in the playoffs. The winner of yesterday’s playoff game advances to the Super Bowl LIV in Miami Gardens, Florida. But apparently it was a big day for Star Wars fans and Baby Yoda too…at least, according to Bob Iger.

Yesterday’s NFC Championship game saw the faceoff between the Green Bay Packers and the San Francisco 49ers, and the 49ers took home the honor and will play in the Super Bowl against the Kansas City Chiefs on February 2 at Hard Rock Stadium.

Green Bay lost, but it wasn’t for lack of fan’s support. In fact, two of Green Bay’s biggest fans are very well known “players” in the Disney arena, and they aren’t afraid to show their support of the Packers.

Disney CEO Bob Iger took to Twitter last week and yesterday to cheer on his favorite team, and Baby Yoda is front and center in both tweets, likewise sharing his support of Green Bay.

The Packers merchandise featured in Iger’s tweet from Sunday hasn’t popped up online yet, meaning it’s not an available item, or perhaps that it isn’t licensed merchandise.

Iger’s tweet from January 12 cheered on the Packers and congratulated them on their win over the Seattle Seahawks, 28 to 23, during the second round of NFL playoffs.

Iger, a native New Yorker who lives in Los Angeles, has long been a Green Bay fan, but Baby Yoda? Who knew? One journalist–most likely not a fan of the Packers–wrote “Leave it to Green Bay to destroy the one thing that’s been able to unite us all in the history of fandom.”

Lucy Diavolo of Teen Vogue magazine points out that Baby Yoda is more popular than several of the 2020 Democratic Presidential candidates. She says that in the weeks following Baby Yoda’s November 12 debut on the first episode of the breakout series, The Mandalorian on Disney+, that the adorable green creature had an average of nearly 1,700 interactions per story about him. That’s a sharp contrast with Vermont senator Bernie Sanders and former Vice President Joe Biden, who averaged only in the 800s when it came to story interactions during the same time period.

Are you a Baby Yoda fan? What do you think will happen to Baby Yoda in Season Two of The Mandalorian? We’re pretty sure it won’t have much to do with football, but let us know what you think.