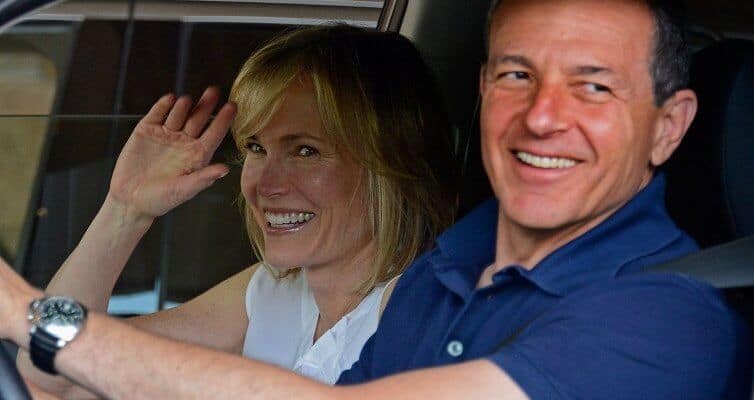 With a position like his, it seems there’s always some kind of news about Bob Iger, but there’s been a lot more buzz surrounding Disney’s Chairman and CEO since the release of his new memoir, “The Ride of a Lifetime: Lesson Learned From 15 Years as CEO of the Walt Disney Company” on September 23.

The book touches on many of the entertainment giant mogul’s experiences–trials and tribulations alike–since 2005 when Iger first took over the post left vacant by his predecessor, Michael Eisner. But the memoir leaves several questions unanswered for many Disney fans (or answered, but not in enough detail for many lovers of the House of Mouse–we like the details).

To that end, this Disney fan has compiled a list of questions (each that call for Iger’s candor, honesty ability to speak about himself) for the good Mr. Iger–some that are on my mind and on the minds of other fans as well–should I ever be graced with the time, opportunity, and honor to sit down with the leader of The Walt Disney Company myself.

Question: What credit (if any) do you take personally for the successful acquisitions that have been transacted under your leadership? Would another have been able to pull of such a myriad of feats? Do you feel your influence specifically helped to bring the acquisitions to fruition?

On Iger’s watch, The Walt Disney Company has enjoyed the lucrative acquisitions of several entities. In 2006, Disney acquired Pixar in an all-stock transaction valued at $7.4 billion. Three years later in 2009, Disney purchased Marvel for $4 billion. In 2012, the Force became Disney’s as the company bought Lucasfilm for $4.06 billion, and earlier this year Disney courted 21st Century Fox before purchasing it for $71.3 billion.

Many Disney fans would like to get Iger’s take on the personal side of these transactions. What was his stress level like during those seasons? Can Iger rank those acquisitions by their importance to The Walt Disney Company, and were there things Iger would do differently if he were to find himself back at those negotiation tables?

Salary that raised a few eyebrows

Question: You earned nearly $66 million in 2018, yet the median annual salary for a Disney employee is around $45,000, meaning that you earned more than 1,400 times as much as the average employee within the company. In your quiet times, when no one else is around, do you have any issues with that, and do you feel that the value you bring to The Walt Disney Company justifies such a salary, regardless of the comparison to other salaries?

Walt’s granddaughter and heiress of the Disney empire, Abigail Disney, called it a “moral issue” that Iger makes such an exorbitant salary while many Disney employees earn “a wage that cannot support a single person much less a family.” In 2015, Iger earned $44.9 million, meaning that in only 3 years’ time, Iger’s salary increased by over $11 million annually.

Some Disney fans find Iger’s salary almost sinful, while others point out that Iger’s value to the company is undeniable, noting that Disney’s stock trading is at record highs–at over $134 per share–up from $110 per share in 2005 when he took the post of CEO. Others point to his influence in completing acquisitions of other entities that have all been (so far) big wins for Disney. Still, many point to Iger being instrumental in expanding Disney’s theme park market to Hong Kong in 2005 and Shanghai in 2016.

Question: During your tenure as Chairman and CEO of The Walt Disney Company, how many times have you used your position to further a political agenda, regardless of which party was involved, and do you feel doing so is ethically fair and right? Would you do it again?

Regardless of our party affiliations, there aren’t too many of us that would be totally and completely surprised to learn that Iger has used his position to take a stand in favor of or against issues affecting our nation. But several of us are interested in knowing what issues those are, what stand Iger has taken (if he has), and whether he stood as “Bob Iger, citizen” or “Bob Iger, Chairman and CEO of The Walt Disney Company.”

Though it happens often in business and political circles, many fans of the Disney empire don’t feel it’s the best ethical practice to use that power to further political agendas, especially since one person can’t possibly speak for a group of hundreds of thousands of people and share the mindset of everyone included.

Question: You speak favorably about your father in your recently-released memoir, crediting him with using his own disappointments as motivation to encourage you and push you to continually better yourself. If your own children were to write their memoirs 25 years from now, what would they recount about your influence in their lives, and are you satisfied with that?

Iger writes about his father in his memoir, recounting that because of his father’s inability to “control his moods,” he saw his father move from job to job. But Iger further writes that his father used his own frustrations and disappointments to encourage his son to strive for more, to continually blaze a trail of self-improvement.

To that end, Iger began working when he was only in the 8th grade, and his employment history includes janitorial work at his local school, learning to make pizzas at Pizza Hut while in college and even work as a weatherman at a local television station before moving on to ABC Television and later, the Walt Disney Company.

Question: You have stated with some degree of certainty that you will be stepping down from your post as Chairman and CEO toward the end of 2021. What does life look like for you post-2021? Will you pursue a career in politics, or will you step away from the limelight altogether? Will you simply embrace family life on a deeper level?

In 2017, Iger “confirmed” he would be stepping down when his contract ended in July of 2019, but that departure didn’t come to fruition. This may have been because of the acquisitions in limbo at the time, and it could have also been because potential successors had yet to be formally identified. Either way, we’ve been somewhat assured that Iger will bid his gig farewell around the same general time that Walt Disney World celebrates its 50th anniversary, give or take a few weeks or so.

Some Disney fans think Iger will pursue a career in politics or at least a post somewhere in the political arena. The Disney mogul will be 70 years old at the end of 2021, meaning he’d be more than right for retirement. But somehow we think that Iger’s age isn’t much more than a number, so we wouldn’t be surprised to see him begin a new chapter in his life, whether that means politics or something else.

What do you think has been Bob Iger’s greatest contribution to the Walt Disney Company over the last 15 years? Let us know in the comments section below!