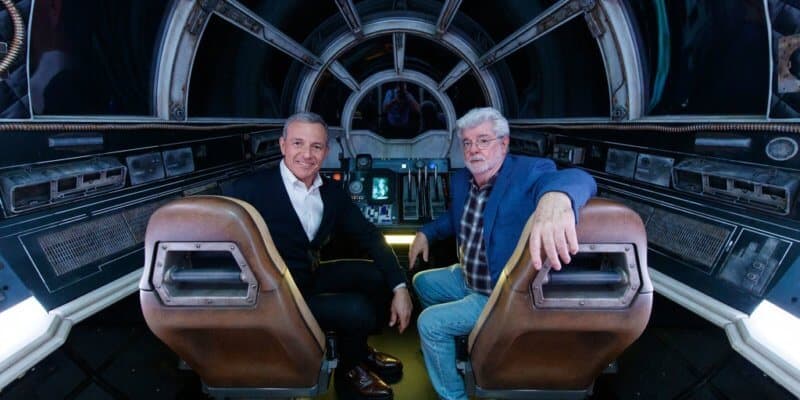 Before Disney bought Fox, not everything was pixie dust and dreams coming true. Or at least, not for Fox, anyway. According to Bob Iger, Fox wasn’t happy when Disney bought the “Star Wars” universe. Here’s what he has to say.

To promote his new memoir, “The Ride of a Lifetime,” Chairman and CEO of The Walt Disney Company Bob Iger sat down with The New York Times to discuss his career at Disney — and he shared some pretty juicy details about the deals he was a part of, namely companies Disney acquired during Iger’s tenure.

In the interview, Iger shared that Rupert Murdoch, CEO of Fox, was pretty upset with The Walt Disney Company acquired Lucasfilm.

“Rupert was crazed that we bought Lucas,” said Iger. “They were the distributor of all of George’s movies, and he was very disappointed in his people. ‘Why didn’t you think of this?'”

Iger admitted that he was able to persuade George Lucas to sell him the “Star Wars” universe at a lower price than The Walt Disney Company had paid for Pixar Animation Studios. But all of the deals — from Lucasfilm and Pixar to Marvel and now Fox — were, as the Times puts it, “propelled by Mr. Iger’s personal touch.” Iger is convincing and often showed up by himself to the offices of the companies he wanted to acquire to court them in a way that only he could.

We wonder if Fox would have sold to Disney if Fox had acquired Lucasfilm before the House of Mouse could get to it. But either way, Disney may still have gotten “Star Wars” in the end.

But that wasn’t all Iger shared about “Star Wars.” The Times notes that some wonder if Disney has “already strip-mined the foundation of its new empire” of franchise. Given every company that Disney has acquired, it how has a goldmine of intellectual property to work with (and make money off of). But has Disney stretched its franchises too thin at this point? In the interview, Iger agreed that this may have happened with “Star Wars.”

Still, this doesn’t stop fans around the world from thinking The Walt Disney Company saved the “Star Wars” franchise. And from what we can tell, Disney is going to continue milking that Lucasfilm deal for as long as they can.

What do you think of Bob Iger’s most recent comment about Disney’s “Star Wars”? Let us know in the comments!