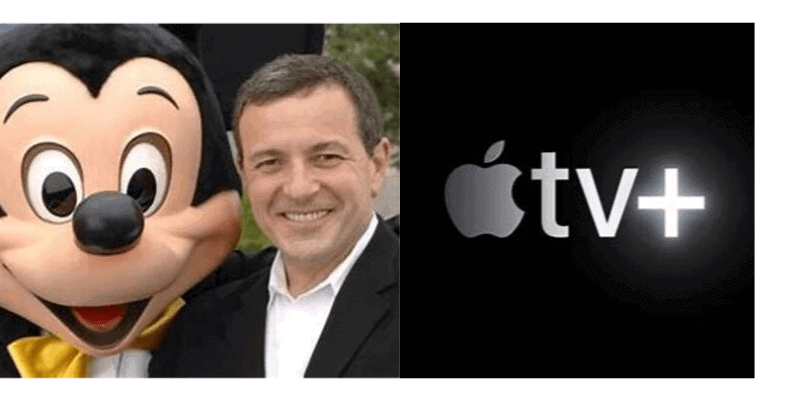 Disney CEO Bob Iger has resigned from the Apple Company’s Board of Directors, according to an SEC filing Friday.

At this time, neither Disney’s stock nor Apple’s stock has been affected by this announcement.

The relationship between Apple and Disney dates back to when Steve Jobs, Apple’s co-founder, became a director at Disney. Jobs would go on to become the majority shareholder when Disney purchased Pixar at a value of $7.4 billion in 2006. After Jobs’ death in 2011, Bob Iger became a member of Apple’s Board of Directors.

“While we will greatly miss [Iger’s] contributions as a board member, we respect his decision and we have every expectation that our relationship with both Bob and Disney will continue far into the future,” Apple said in a statement.

Iger served on Apple’s board for the past 8 years and says he has “the utmost respect for his team at Apple and for [his] fellow board members.”

He went on to praise the Apple Company, describing it as “one of the world’s most admired companies, known for quality and integrity of its products and its people.”

Apple TV+ will be in direct competition with Netflix, Hulu, HBO Now and Amazon Prime when it debuts on November 1. The service will cost $4.99 per month, and just this month, Apple announced that the new Apple TV+ service will be free for one year to customers who purchase an iPad, iPhone, Apple TV or Mac computer.

Apple has spent millions to secure exclusive content, but it will begin to compete with the Disney+ streaming service when it becomes available on November 12.

It will feature exclusive content, including content from Disney, Pixar, Marvel, Star Wars, National Geographic and more. It will also feature original series only available via the Disney+ streaming service, such as “The Mandalorian,” “Star Wars: Clone Wars,” Disney’s “Lady and the Tramp,” Marvel’s “Loki,” “The World According to Jeff Goldblum,” Disney’s “High School Musical: The Musical: The Series,” Disney’s “Monsters at Work” and many others.

How fierce do you think competition will be between Apple TV+ and Disney+ or do you think Disney+ will quickly take over the streaming service market?