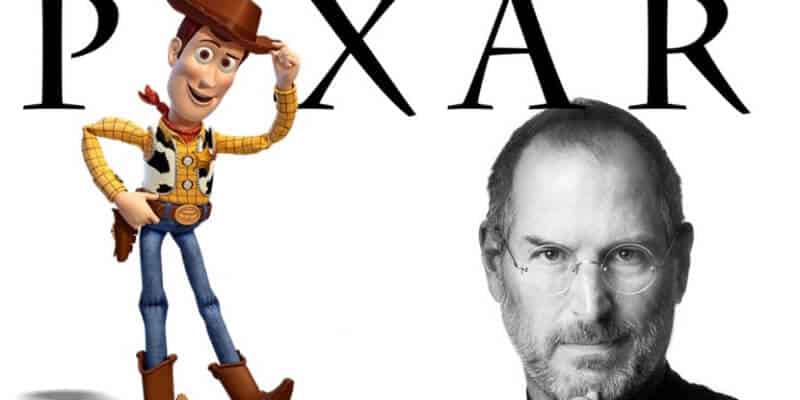 A rare “Toy Story” poster signed by Pixar and Apple Co-founder Steve Jobs goes up for auction this week, and the starting bid is $25,000.

Most items autographed by the late Steve Jobs are usually Apple-related, making this Pixar find even more special.

The Pixar company began in 1979 but was first called “The Graphics Group.” It was part of the Lucasfilm computer division before it became a corporation in 1986 with funding from Apple Co-founder Steve Jobs. Disney bought Pixar in 2006 at a value of $7.4 billion by converting each Pixar share to 2.3 shares of Disney stock. This transaction made Jobs Disney’s largest single shareholder at the time.

Pixar is known best for its CGI-animated feature films like the four installments of the “Toy Story” franchise, “Finding Nemo,” “Finding Dory,” “The Incredibles” and “The Incredibles 2,” “Inside Out,” “Monsters, Inc.,” and “Monsters University,” and the upcoming “Onward” and “Soul.”

The poster was signed by Jobs after 1995–the year “Toy Story ” debuted. The film was the very first computer-animated feature film ever made. It earned three Academy Award nominations and earned over $373 million at the box office. The film features the vocal talents of Tom Hanks as Woody, Tim Allen as Buzz Lightyear, Don Rickles as Mr. Potato Head, Jim Varney as Slinky Dog, Wallace Shawn as Rex, John Ratzenberger as Hamm, Annie Potts as Bo Peep, John Morris as Andy, Erik von Detten as Sid, Laurie Metcalf as Mrs. Davis, and R. Lee Ermey as Sergeant.

The autographed poster measures 24″X36″ and was signed by Jobs with a black fiber-tip marker.

Any takers? The auction for the poster goes up on August 29, and bidding begins at $25,000. How many bids will you place?

Comments Off on Rare Pixar “Toy Story” poster signed by Steve Jobs up for auction at $25,000